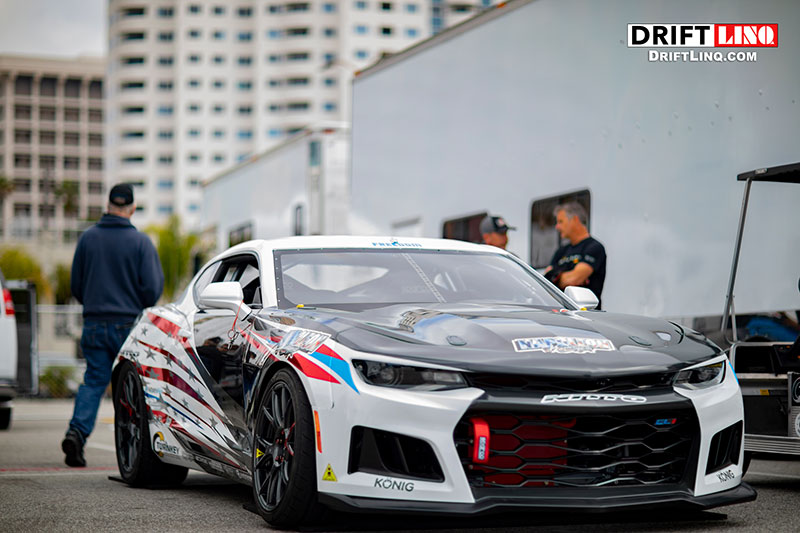 There is some news floating around on the internet that says the Electric Camaro EL1 is not going to compete this weekend at Formula Drift. Several social media channels have posted this like @FormulaDerp and Donut Media (links bellow). Many fans are looking forward to see the Napoleon Motorsports electric Camaro compete in the drift event this weekend. This could possibly be the start to a whole new era of drifting if this car comes out and proves to be competitive.

We can not 100% confirm this rumor is true as of right now, this could very well be a way to garner more attention for the all eclectic drift machine, but at the same time it wouldn’t surprise us as California is known for some seriously outrageous laws and regulations regarding automotive and transportation in their state.

We all just hope this is a stupid rumor as the world is watching and waiting to see just how well an electric drift car and Travis Reeder will perform against the top tier drifters in FD.

Breaking: Electric Camaro not allowed to drift at FD Long Beach yet, allegedly a safety issue

Donut Media set up a petition on Change.org in hopes to get the Camaro on the track and competing this weekend. 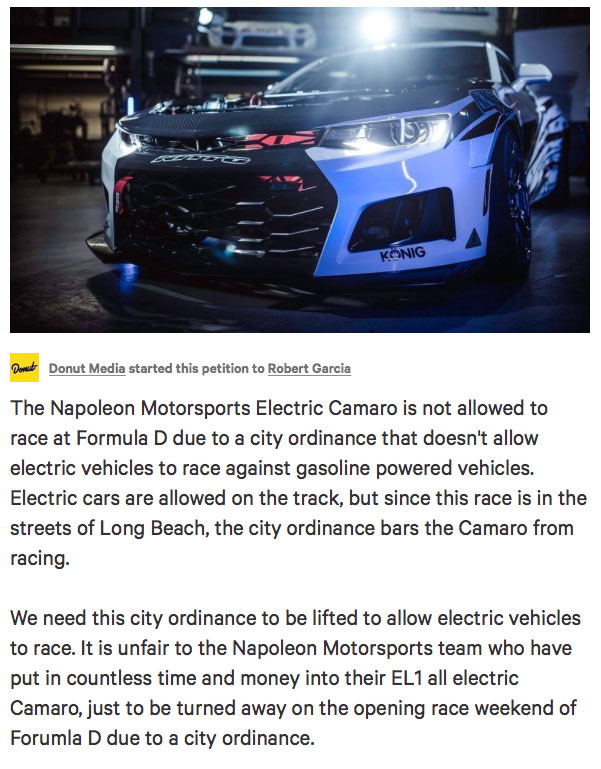 What do you think, is this just a stupid rumor or true?