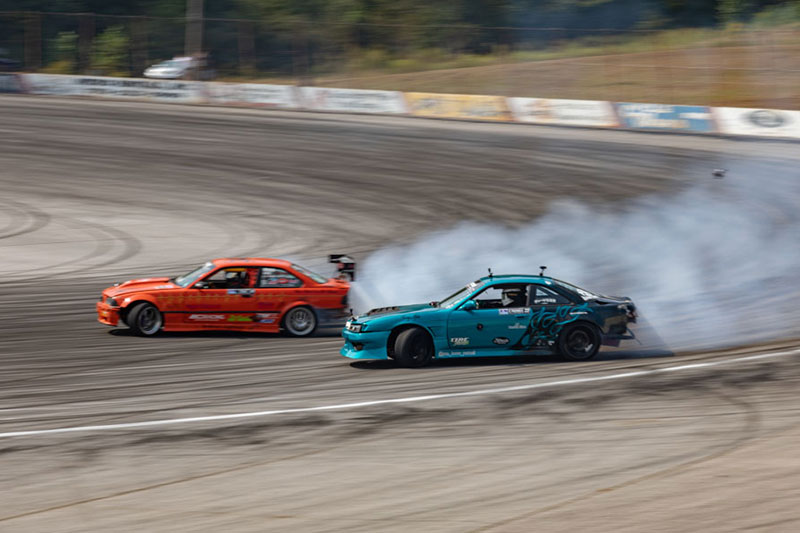 It is seemingly impossible sometimes to reach our dreams, the obstacles that get in the way, the lack of time itself, and sometimes it is just simply the price of supplies that hinder us from achieving what we really want. However, with perseverance, hard work ethic, and the drive to become great gets us that spark to make anything happen. This weekend some of the drivers on track were living proof of overcoming any obstacle in life to achieve success.

East10Drift held its final event for the season at Lanier Raceplex offering up Pro2 licenses for the top three drivers and of course awarding the season point champion the #1 trophy. It was an intense competition with amazing champions battling it out to get to that top spot. The event even had an interesting bracket setup offering up something I haven’t been very familiar with, a double elimination challenge. If you lost the first matchup, this meant you could go for one more round and have a chance to compete in the top 16. Nate Hamilton even showed up to smoke some tires off in the intermissions and warmups. Even as hot as it was this weekend, the heat still didn’t keep the spectators away from watching the entire time and the drivers put on a good show. 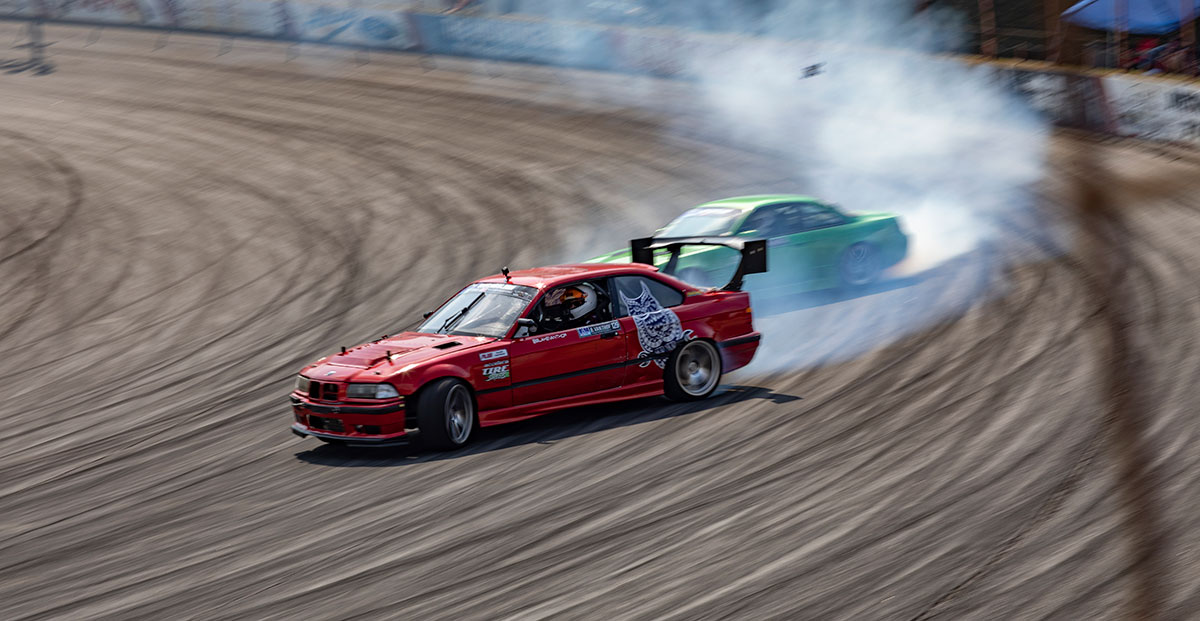 Some of the drivers already have their Pro 2 licenses, they are there to rip and have a good time with their friends. The drivers were a good mix of familiar faces that ran the entire series or just a few drivers attending the final round. A couple interesting drivers caught my attention on Saturday with the fact that their cars were extremely pink, helmets glittery, and angle insane! In a sport dominated mostly by men, I was extremely happy to see two women shredding rubber right there with the guys! I had no luck trying to interview them with so many people coming up to them, but soon!

Some of the drivers I did get a chance to talk to were Matt Mogensen a Pro 2 license holder and 2nd place season winner for East 10 this weekend, and Stephen White in a 1jz s14 also a Pro 2 license holder who knows how to make any car fun. These two drivers stood out to me by their driving style and enthusiasm on track.

Matt is drifting an interesting build, a 350z with a v8 out of a truck. The car, he said, was originally from California. It was prebuilt for a drifting setup before he purchased it, so as an engineer would normally do, he engineered it up some more to become a super fast, super loud, super cool blue drifting machine. Matt and his team are all engineers, running day to day operations in an office, and then coming together in the afternoons to build up this competition car. In every nook and cranny of the chassis, Matt put in a few oddities that would make this car his own. My favorite small detail that is probably missed by most is his reinforcement for his hood pins, he used a set of spark plugs to brace the bars.

In his dash, you can find the California tag that belonged to this car before it became his, as a memento to its roots. Although Matt has been drifting for a while, and owns several other cars, this one got him his second place standing this year in East 10. It only took him a year to build this car from the purchase date and race it out here this past Saturday. It is reliable, and fast. Matt is incredibly friendly to talk to, has a great driving ability, and loves to show off his build so don’t feel bad about stopping by his booth and checking out his setup!

Stephen Mogensen, also a pro 2 license holder, didn’t really believe in the sport of drifting before doing what he does best now. He started out building cars that were stiff and could stick to the track without ever braking traction. He recalled really hating the idea of drifting a car, thought it was rather funny to watch and didn’t have much of a want to do it. Now, his idea of drifting is completely different. His spark towards the sport came from a friend of his that had a drift car set up for amateur racing. His friend continued to chase him down, begging him to try it and see if he could convince him to do it on his own. Finally, after much deliberation, he took the chance. With that, came the 1J S14 build. This car is simple, clean, and easy to work on and maintain. He wanted to make it as simple as possible and to just put down power to the wheels. Setting up a soft rear end, and tightening the front down to its perfection, he smokes the tires without any problems. With the help of his friends and his family, specifically his parents, Stephen makes do with the most basic car, but what he can do with it is astounding. For instance, this Saturday, while competing he lost power steering and still managed to keep it pushing further and further through the weekend. His sponsors Grip Royal build a durable wheel because he was using it well this weekend. Stephen did not manage to rack up a lot of points for the season because he did not compete in every race this time around but he loves to drive every chance he gets and this weekend was exactly that, a day for fun and friends. Coming from Memphis, T.N. Stephen and his friends know how to have fun, usually found in small car meets and drifting events. This guy is one to watch.

We once again want to thank East10Drift for having us out this weekend and for hosting such an awesome event at Lanier Raceplex!
There is no better way to spend a weekend than to spend it on the track, so if you have the time, go see one of the events that are coming up. You can find your local drifting event here on this site! 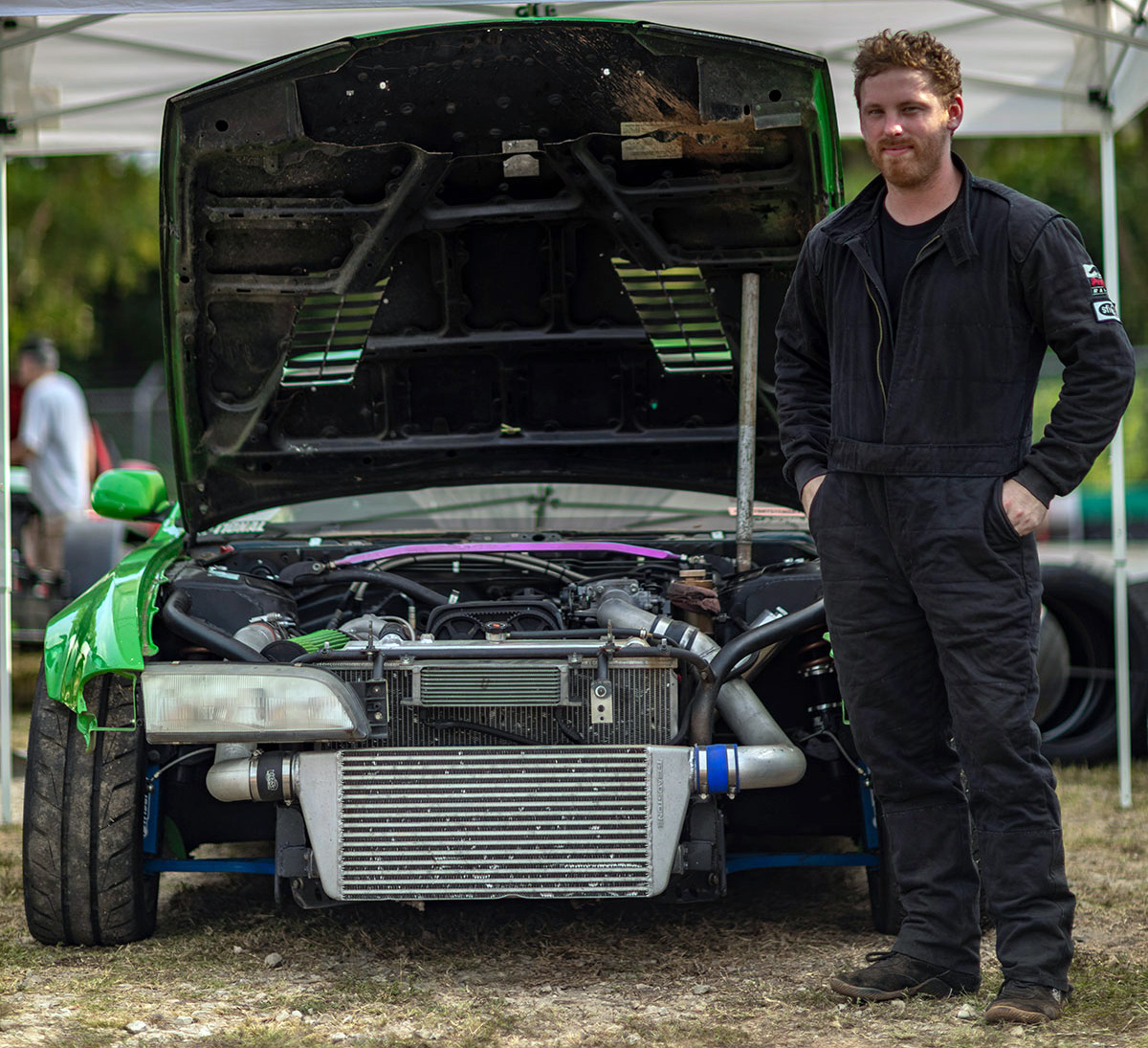