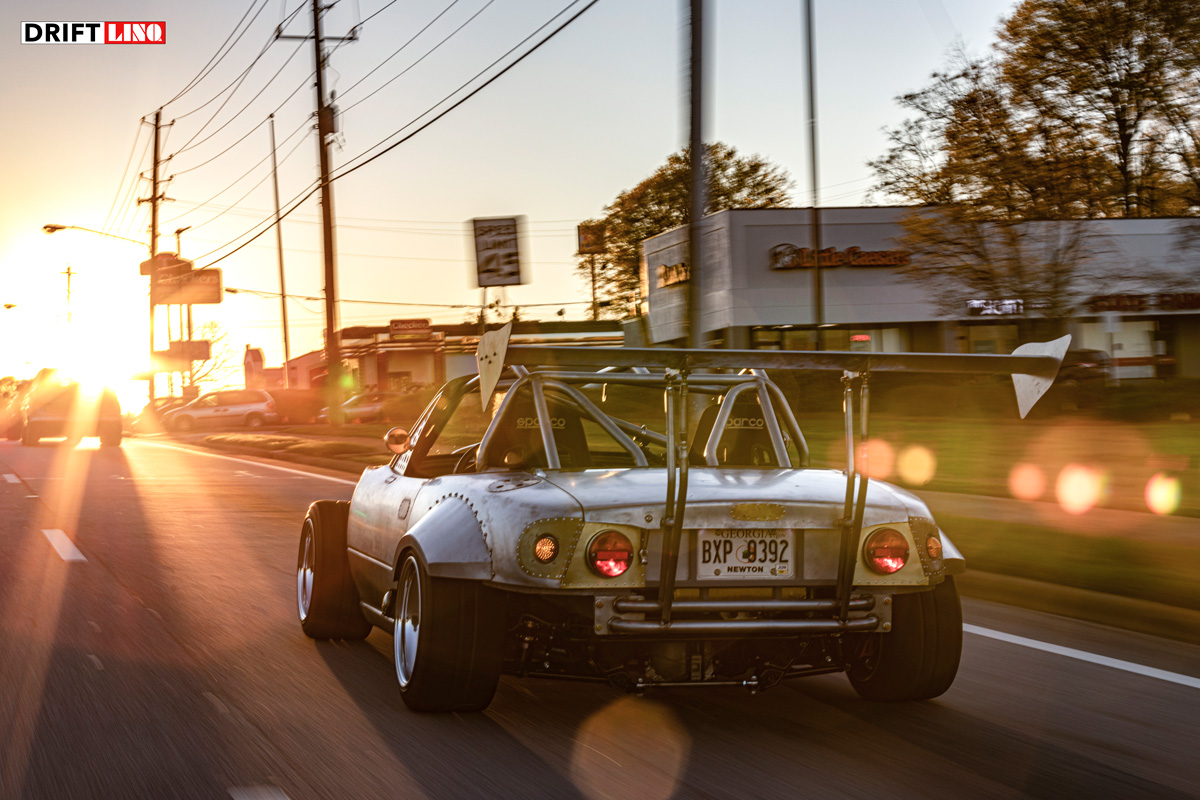 Building a car can be fun, building a car from scratch is a bit more of challenge than it is fun. For Tommy Reichelderfer this challenge took about ten years of long hours in the shop, hard labor, and probably a good bit of blood from the amount of metal work he did on this beautiful 1991 Mazda Miata Roadster. His Instagram name is @Bossroadster for a huge reason, a v8 reason as a matter of fact. His 5.4L 331 stroker is making over 462 bhp and a whole lot of 450 ft torque. In a car that only weighs a hair over 2k pounds it has an amazing power to weight ratio. 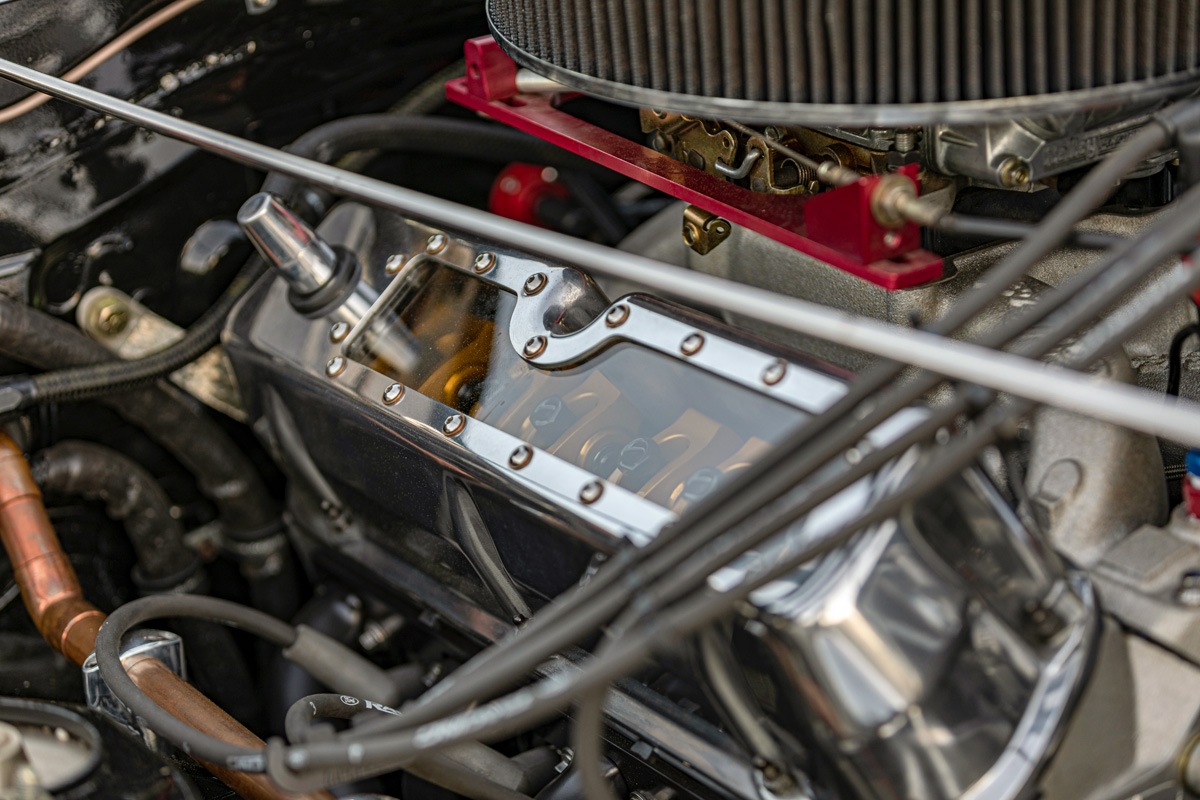 Talking with Tommy for a few hours really shows you how brilliant this fabricator really is. The amount of detail and ingenuity behind this build is incredible. You can see it clearly in the photos of this car, every bolt, rivet, and wire is meticulously planned out and laid out in way that not only looks beautiful but functions well. He handcrafted every square inch of this car to make it exactly what he wanted it to be, a drift roadster. It originally started life as a prototype product car for an aftermarket parts developer, you can see one of these accessories remained on the prototype car when he bought it, the dual bulb headlights. 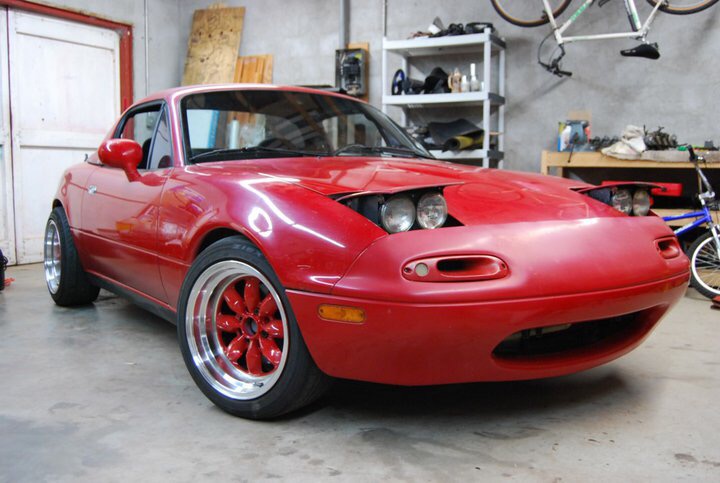 He wanted to put a v8 in it to drift the car and hang out with some of the team rowdy guys on track, but as he continued to build and improve the car, it became too beautiful to bang up on track. Don’t think he won’t throw it sideways though, it does it easily.

Tommy started the V8 build by getting the Monster Miata kit and it was not what he expected at the least. Fabrication was necessary, so he took it over on himself to make the parts he needed. He did all of the work himself, with a few nights of help from his friends, he pieced his puzzle from his head, to paper, to reality. He stripped almost all the body completely off, to leave only a tiny and empty shell. Then he built a roll cage from scratch, with only a few measurements and winged the rest. While building his cage, he was learning to Tig weld at the same time, from seeing his welds you wouldn’t think it was his first go. Later, he moved on to modifying the wheel tubs to be wider, deeper, and my favorite, detachable. In the case he ever wanted to change the size, or is one happened to get damaged, he made it possible to take an impact and remove a few bolts to get the tubs completely out. The fenders are the same way, hand rolled, and hand fitted. Details like the wing arms and front splitters he made himself. The rear wing is actually a Nine Lives “Racing Wang” but attached to his own arms that are stunning! The front splitter is a bit different though, the skeleton is designed by someone else but he wrapped it in sheet metal and made it functional himself. The beautiful bronze masterpieces are also hand created and you better believe that every rivet holding them in is precisely measured to fit. More and more can be talked about in his build, but you must see it in person to understand the depth of patience and hard detail in this car. 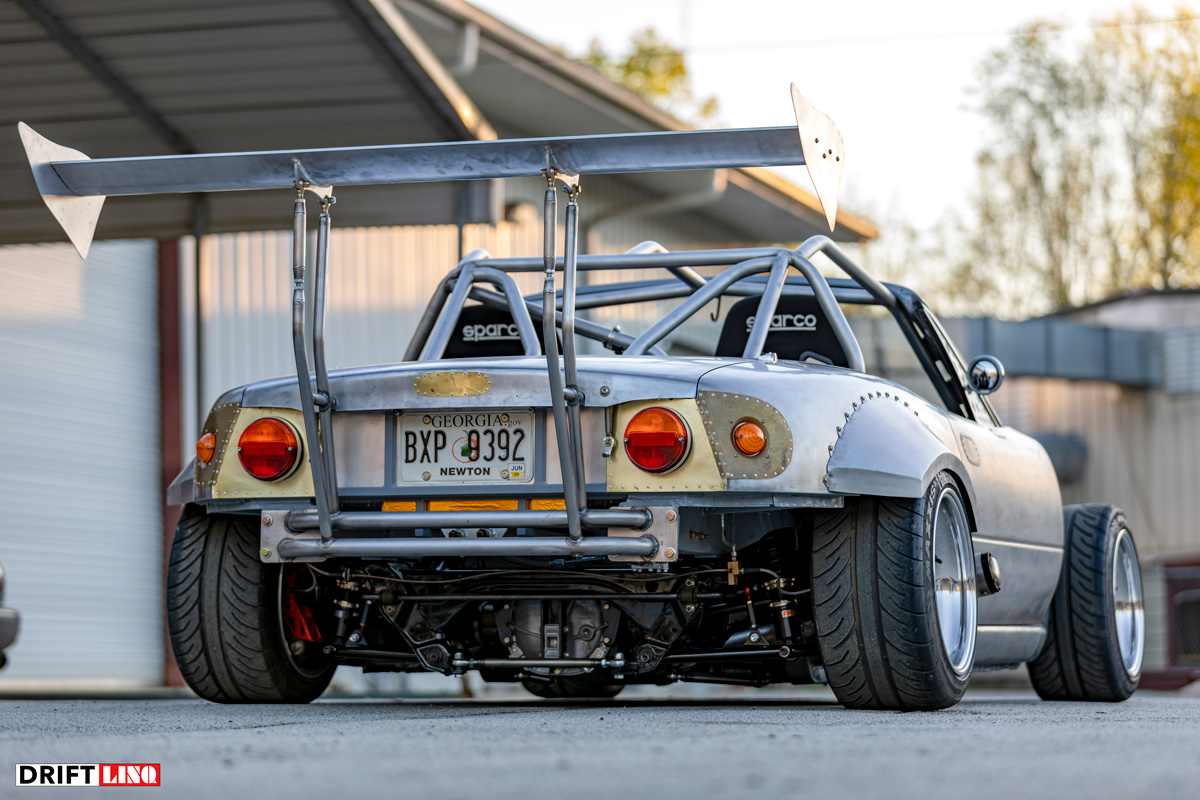 Tommy has always had this passion for cars, his parents have always loved small cars and grew up racing autocross, eventually marrying, having Tommy then passing down their passion to him. Tommy grew up watching anything and everything car related, Smokey and the Bandit, Dukes of Hazzard, etc. He had a fascination for hot rods and loved Miata’s and this is where the love was invested.

Today, Tommy runs a large shop in Covington building heads for what seems like any vehicle imaginable and of course building more creations like this on the side. He’s a motorcycle enthusiast and pretty much loves to go as fast as he can, when he can. With a few more projects on the side and in his shop, I can’t wait to see what he comes up with next and bring to this world from his mind. 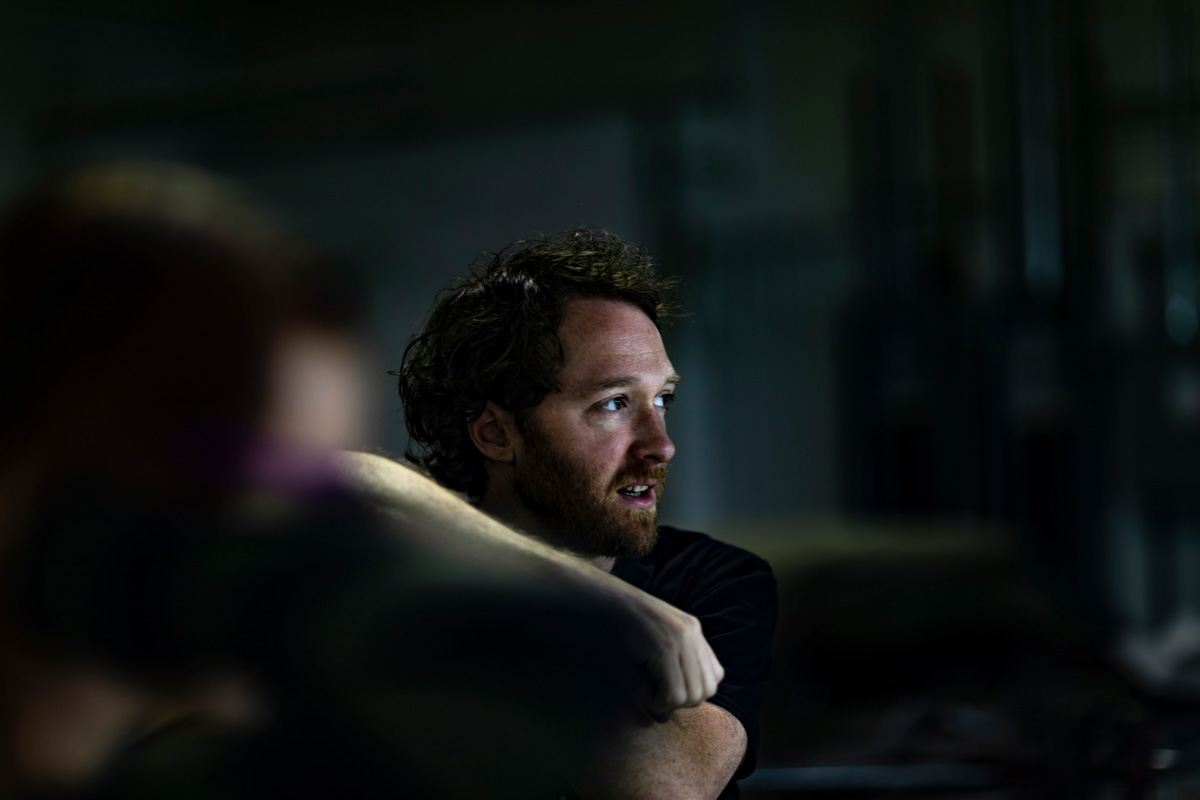 If there was ever a dream car of mine, he built it. Not only is he truly an amazing fabricator, he is a great guy, and one of the most intelligent and kind souls you can meet. Do not be afraid to stop by and say hi when you seem on the road, he will be more than happy to show you his creation and even offer tips on your project as he did with us. A true legend in this culture, we can only wish him more success.