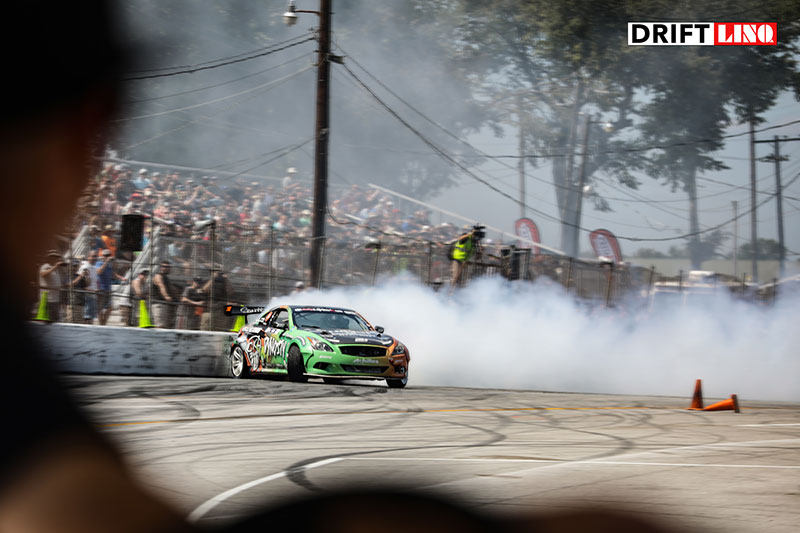 For the 10th year now Beech Bend Raceway Park has hosted the ever-growing Holley LS Fest. This event celebrates everything LS powered in grand fashion! Starting on Friday September 6th and ending on Sunday September 8th everything you could just about imagine rolls into the facility with on thing in common the extremely popular Chevrolet LS power plant. We saw everything from a Go-Cart to a Mail truck all powered by the LS engine. With Drag Racing, Auto Cross, burn out comp a Car show and of course DRIFTING, there was something for every automotive enthusiast happening all weekend long. 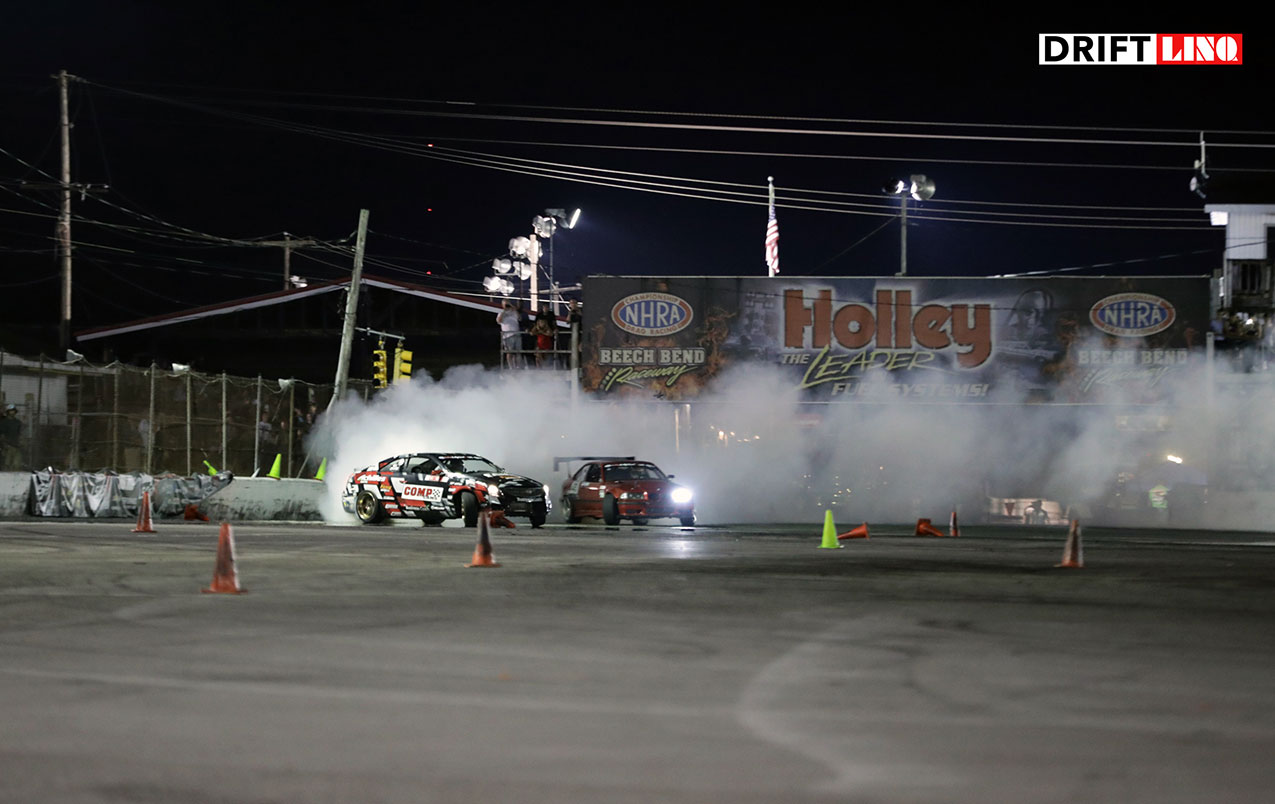 More than 20 cars showed up hopeful to get a shot at competing in the Drift Challenge. The competition would be tight, as only 16 cars would qualify for a chance the show off their driving skills. As the sun started to set and the lights came on and thousands of fans would converge over the track to watch some of the meanest LS powered drift cars compete. No doubt the drivers put on a heck of a show, and as the field of drivers dwindled down the battles got even more intense.

Many fans were anticipating the 1,300hp M3 BMW driven by Brendon Greaves to be amongst the top 3 in the Drift Challenge, unfortunately his night ended early when upon entry of the first turn he sheared off the wheel studs on his right rear wheel sending him on a spectacular ride trailed by sparks instead of tire smoke!

One thing’s for sure, there were some very impressive tandem runs. These guys were not afraid to push the limits. The crowd could be heard cheering over the screaming engines even as we were trackside! All in all the weekend was a great time There were lots of awesome cars to see and some exciting racing to boot! If you have never attended a Holley LS Fest event we highly recommend you make plans for next year, you will not be disappointed!

Until then, check out some cool event and drifting pics below.