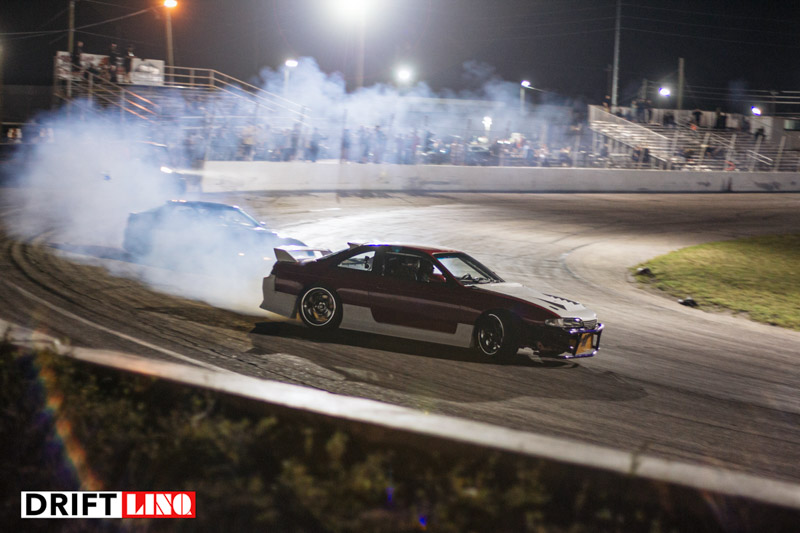 This was my first time visiting Showtime Speedway for their drifting events. After talking to friends who had driven there before, I received mixed feedback mainly due to low driver count and because of that, less chances to tandem. 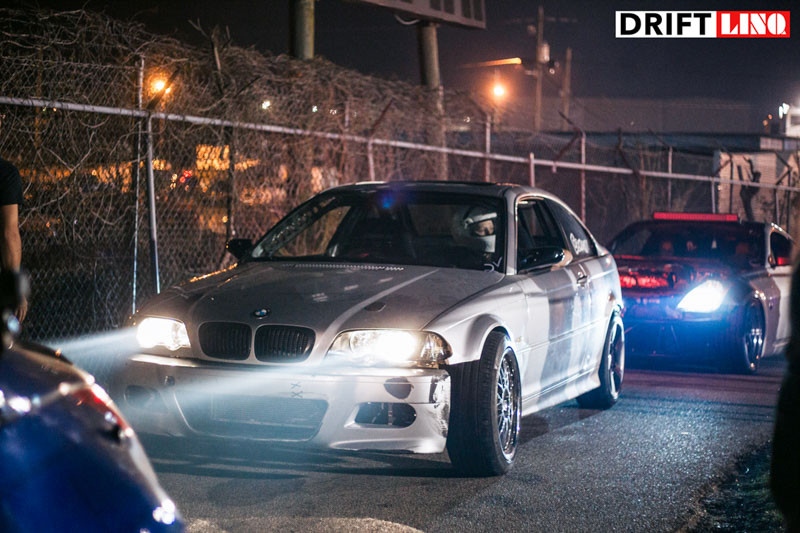 Aaron, who runs these events, wears two hats in these events. While making sure tech, safety, and everything else is running smoothly, he is also hopping in his S14 to go spin a few laps on the oval. It’s important that the people running these drifting events are also fans of the sport as well. Aaron’s passion shows, keeping a smile on his face while running the event.

The track itself has a good platform for drifting. Like OSW, Showtime has a paved oval with an infield that is part asphalt and part grass. The configuration has potential for close, wall scraping tandem. What is missing from Showtime is more drivers. Throughout the night, there was only 10 to 12 drivers sharing the track. Some might see that as a negative, but what that provides is a lot of seat time for the drivers.

Because of having a track as popular as OSW (partly due to Formula D) and its central location, you could see why other tracks could suffer with driver attendance. In my opinion, other than distance, there shouldn’t be a reason why drivers shouldn’t try out this track. Generally, these two tracks try to keep events on separate weekends so that drivers can go drive other events. Drifting doesn’t have the useless frills of other motorsport, it’s about driving and having fun. Why pass up a chance to do more of just that?

Visit Showtime Drift on Facebook or at their website Showtimedrift.com where they have their full schedule for 2020 available. 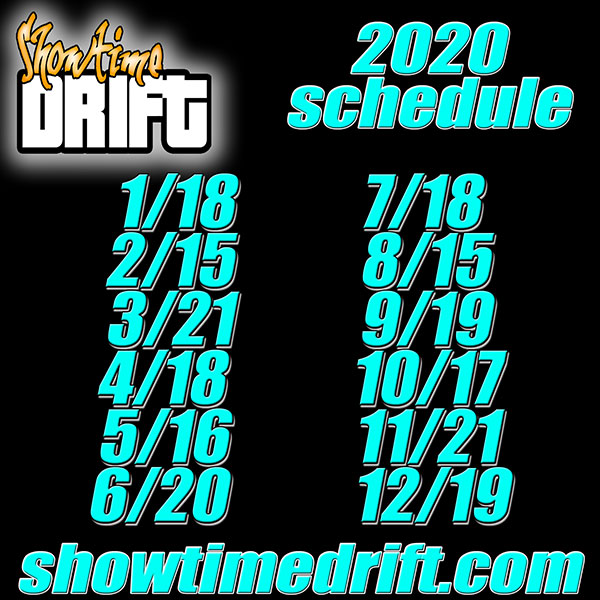