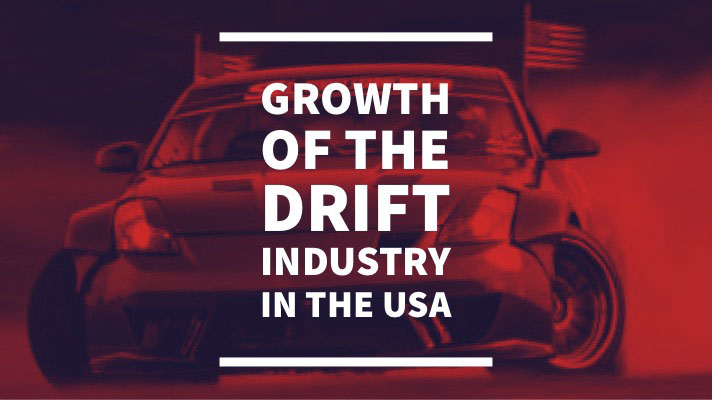 Drifting may have been born in Japan, but it has grown in popularity all across America. Over the past 25 years, drifting has become a popular event among motorsport enthusiasts. As time goes on, the sport will become even more popular and lead to bigger and better things for the industry.

In 1996, America hosted its first official drifting competition. An event at the Willow Springs Raceway in California was organized by a group of enthusiasts, led by Dajido Inada, who also helped organize Japan’s first major drifting event in 1988. This put drifting on the map in the United States and exposed fans to a wild new style of motorsport.

By the early 2000’s media started to pick up on the craze. Movies like The Fast & The Furious: Tokyo Drift showed racers performing drifts in street races. Video games like Gran Turismo and Need For Speed provided gamers with the chance to try their skills at drifting in a game. All of this made the sport more accessible to the American crowd.

In 2004, the United States finally launched its own official drifting league, Formula DRIFT. The organization gives racers the opportunity to show off their skills and compete against their peers in front of large crowds on a regular basis. The season features 8 races each year and travels around the country. Drifting in the United States is still in its infancy, but with time, it will grow more and more popular. Racing enthusiasts and hopefuls around the nation are ready to join the ranks of the top competitors and will have more opportunities as the sport evolves in the coming years.