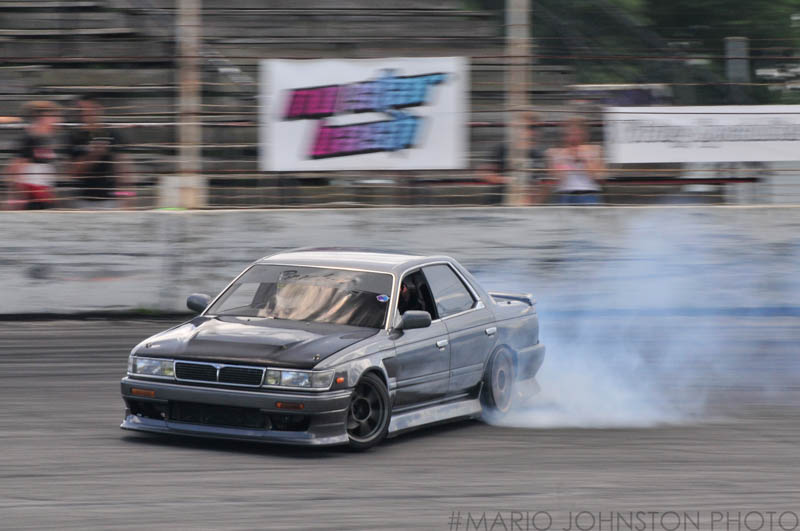 Unless you live under a rock, if you’re a drifting enthusiast you will have undoubtedly heard of Drift Indy’s No Star Bash. However, if you didn’t know, No Star Bash is Drift Indy’s two day summer shindig featuring a packed grid, loud music, hot dog eating contests, the occasional water balloon fight and of course, a little drifting.

Drift Indy, based obviously in Indianapolis, IN, have been hosting fun, non-competitive events around the Midwest for over a decade, promoting fun driving and tons of seat time without attitudes or politics. No Star Bash is almost as old as the organization itself and is becoming D.I.’s annual flagship event, attracting the likes of local teams as well as a few fresh Formula Drift Pro 2 faces. In the years since NSB’s beginning, the event has seen many venues from year to year including Gateway Motorsports Park in St. Louis Missouri, Gingerman Raceway in South Haven, Michigan and Lucas Oil Raceway in Indianapolis, Indiana. However, for the past 3 years, No Star Bash has called Kilkare Raceway in Xenia, Ohio home.

The event saw record attendance from both spectators and drivers alike with over 100 cars registered to hit the track over the weekend. Beautiful warm weather greeted attendees on both days, with temps in the upper 80’s under the summer sun. Kilkare’s circle track and infield section are capable of being driven in a clockwise or counterclockwise direction so D.I. chose to do just that, with counterclockwise being the Friday layout and clockwise for Saturday. Almost no drift event featuring hard driving and dozen car trains would be complete without a small amount of wreckage and NSB 2019 was certainly no exception. Even with a few cars going home with appointments at the frame rack, a killer time seemed to be had by all, as evidenced by the ongoing hype still buzzing on social media almost 2 weeks after the event.

Drift Indy isn’t content resting on the growing success of No Star Bash, they’re already onto the next round of drift days, hosting 4 more Saturday events before gearing up for the year end party that is Halloween Bash; think No Star Bash with underglow and Halloween costumes. Be sure to check out the No Star Bash hype on social media by following Drift Indy on Facebook and Instagram for future event details.

Story and photos by: Mario Johnston