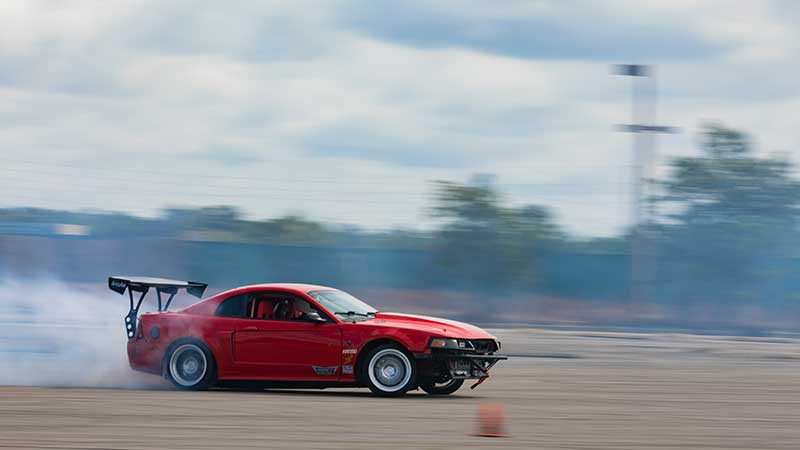 CMD Bash Day was a great way for people stuck at home due to COVID to finally make it out and watch some drifting again. Joe Gorcesky, the creator of the CMD series held his first Bash Day on Saturday at the old Freestyle Park in Myrtle Beach. The weather held off, and the sun burned us all up on track. Tires got hot, drivers got crazy, and the crowds were as cool as could be. Sitting back and watching all the drifting only feet away got everyone excited for the rest of the year again. Some of the drivers have not had a chance to drive their cars for several months, and this gave them all the great opportunity to do it in a safe manner. 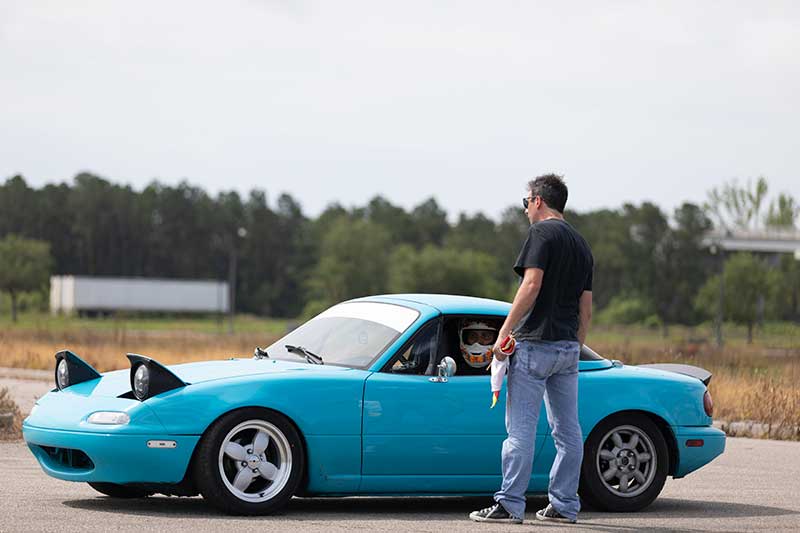 The event was well organized and cheap to attend, kids of all ages could come and hang out in the family friendly environment and get to see the awesome sport in person. Food was served, as Joe and his friends made some of the best “Chicken on a stick” I have had in a while, refreshing watermelon slices, and of course, you can’t have drifting without a good hotdog.

All of this was great, but what really got my attention was the reputation of the man himself, Joe. It seemed like everyone I ran into that day asked, “Have you met Joe yet? You should give him a shout.”. Naturally, when that many people approach you about someone, you have to investigate, and what we learned, well, it’s pretty inspirational. 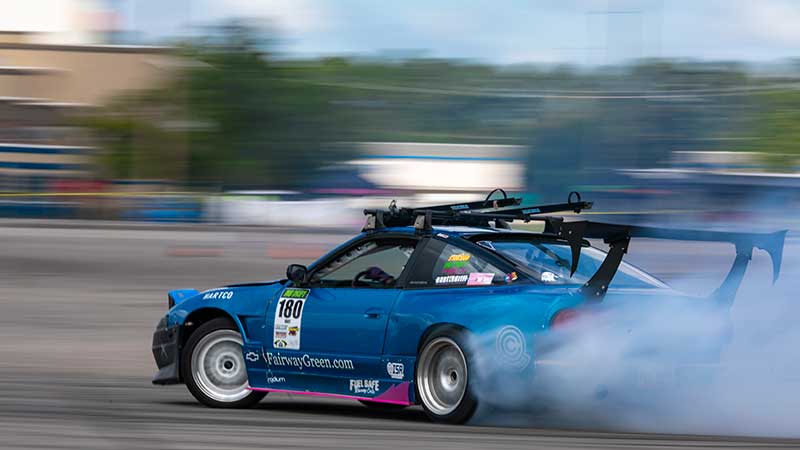 Joe Gorcesky grew up in a small apple town, Milton, New York. Young and adventurous, he realized he had to own an import car from the first time he watch Fast and Furious in theaters at 16. He got inspired to start modifying his car after buying a 300zx Z32. He didn’t know too much about cars yet, but he knew he wanted to learn how to drive his car like the youtube stars he was admiring. He enrolled in UTI, and began a career as a Technician for Toyota and Chrystler working about 6 years at each.

Joe got into drifting after MB Drift Series started up in the area, after talking to Marshall Eggerling and being encouraged to bring his car out, he never missed another event and started to hone his skills. What impresses me the most, and really inspires me about this man is his kindness, and care towards everyone he has encountered. Today, Joe works as an Automotive Instructor at his local high school teaching the next generation of students how to work on cars, build things, and fabricate new pieces. 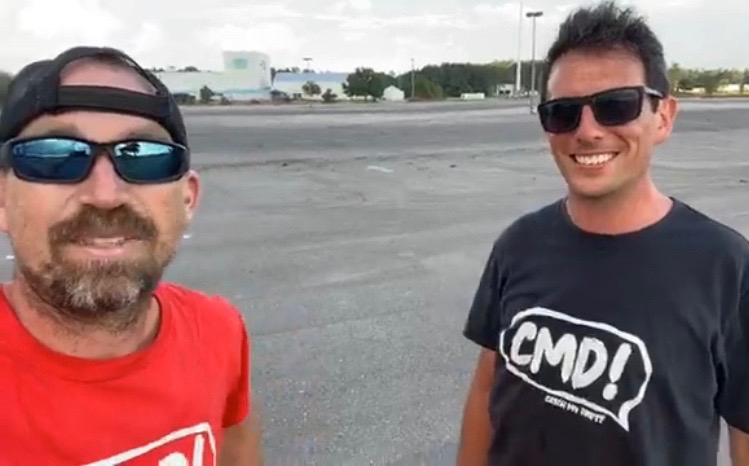 He often brings in some of his friends and shows kids how to work on unique systems, like turbos, dry sumps, custom wiring jobs and so on. He got this job after his wife, also a teacher, encouraged him to apply for the newly opened up position. Asking Joe what he thinks about teaching, he said “I always tell people that I can fix a car and can pass a test but dang is it hard to teach. It is the most difficult but also the most rewarding job I have ever had.”.

Joe seems to do it all, works on his car, helps keep his family life run smoothly, and runs a drifting series on the side. He has made such an incredible impression on his drifting and local community. Reaching out to help anyone and offering his support in every aspect of the sport, Joe is going to grow his series into a spectacular one.

Of course though, not everything is easy in life, and starting your own drifting series is complicated. So, naturally, we had to find out what he thought was the most challenging aspect of this job is. 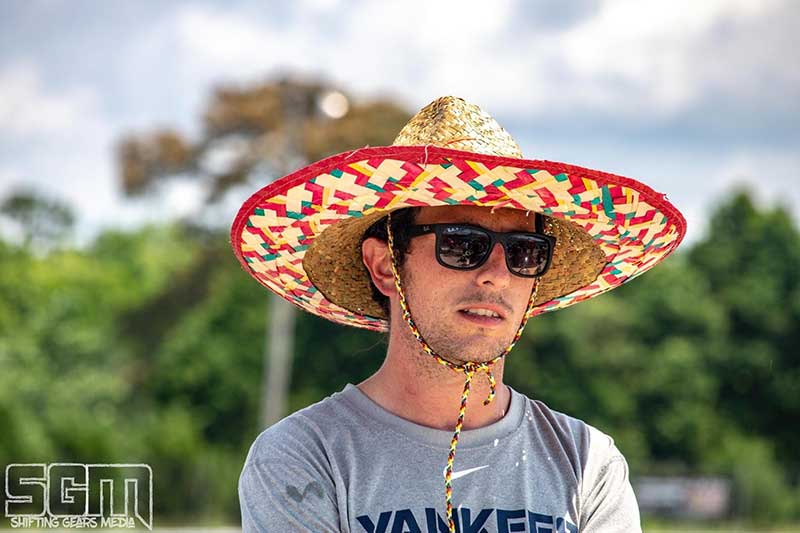 “The biggest challenge was starting a new company with no social media following, no money, and no resources. I did have experience and a great support system. My family, my wife, and friend Nate Roberts encouraged me to try and expand out west to bring drifting to other parts of the South”

I hope that you can make it out to one of Joe’s events and seeing what all the fuss is really about. If you don’t make it out to one of the events that CMD puts on, you can always meet Joe at the Speedway in Myrtle Beach as it is one of his favorite places to be. “…the atmosphere at the MBDrift events at Myrtle Beach Speedway is unlike any other. To have fans right there on the wall cheering on the drivers is just awesome.”. Make sure to say high to Joe when you see him and thank him for helping our community grow. A true inspiration and a great host! 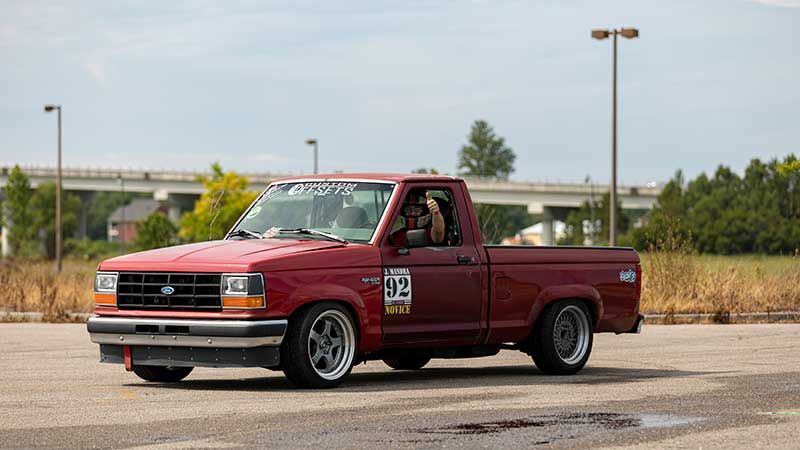 Be sure to check out the next event that Joe holds on June 27th in Georgia, it will be a blast! 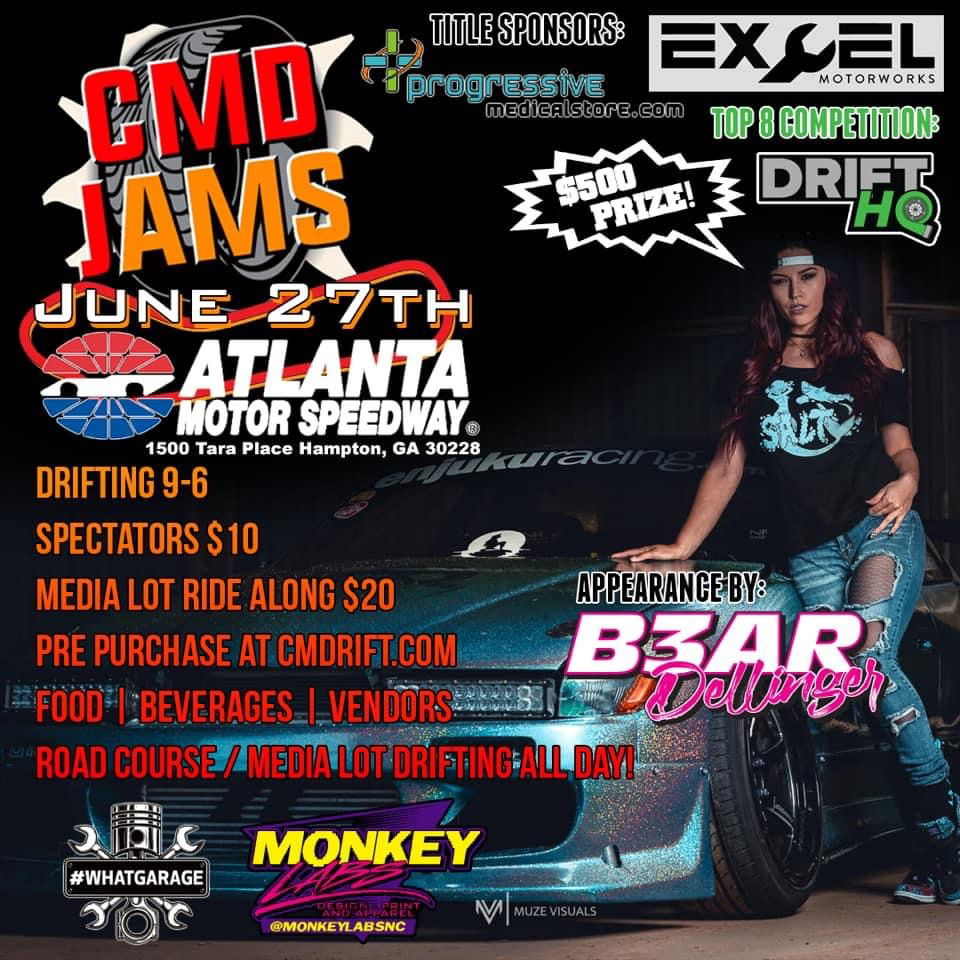