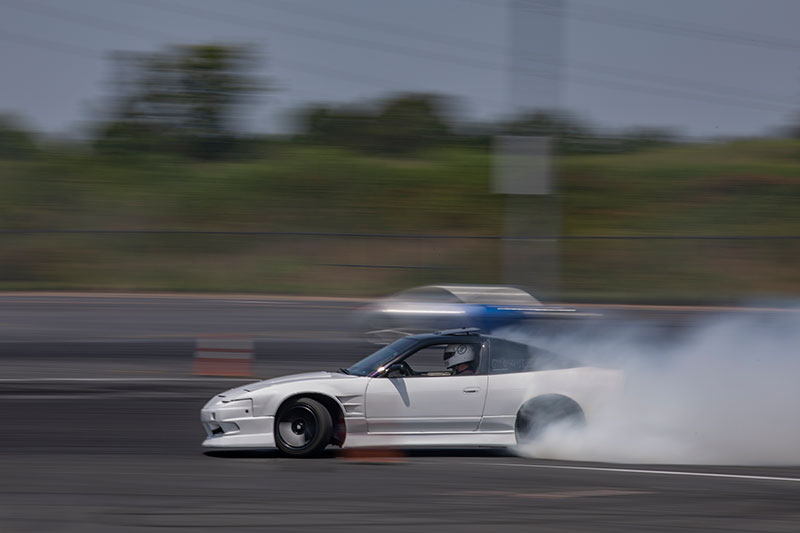 You see it in articles, in movies, in journals, in random media posts, the description of family when it comes to racing events. The truth it, there really is an oddly special bond between all drivers and of course all the enthusiasts. It is a cycle of revolving fates. The enthusiast eventually becomes a driver, the driver eventually returns back to an enthusiast when he or she gets old. A continuous yin and yang. Sometimes that cycle is hard to really see or truly grasp when you run into the major sports markets. When it comes to events such as those hosted by East10Drift, you finally get a grasp of it all again.

This past weekend in Concord, North Carolina at Zmax Raceway, a bunch of drivers and a bunch of fans came out to watch and support the guys that started it all in the U.S since the sport became popular on this side of the world. These guys came out to have a blast.

Saturday was kicked off with the Pro Am race, a small competition laid out similarly to the Formula Drift ruleset. Sunday, or better known by East10Drift followers, Funday, was a day for anyone and everyone with driving ability to test themselves on the track as fast or as crazy as they could possibly prefer.

During the Funday event is when you can really see the comradery of every driver and their crews. Sunday was a day that finally I was able to regain my love for the true sportsmanship of the drifting. Although there was no competition, everyone still wanted to outperform their neighboring crew. However, even though that may be the case, if and when something broke, snapped, or got thrown off everyone wanted to help you get back on track. In some instances I even noticed fans stepping in and offering a hand with anything they could offer.

This is what drifting is supposed to be about, placing a smile of a child’s face, driving till the suspension breaks off, and making new friends. Everyone shared drinks, had good food, and raced as much as their cars could withstand.

This Sunday showed how real that feeling could be. This is why I go to Amateur events, the dry and very rough aspect of drifting that most people never get to see.