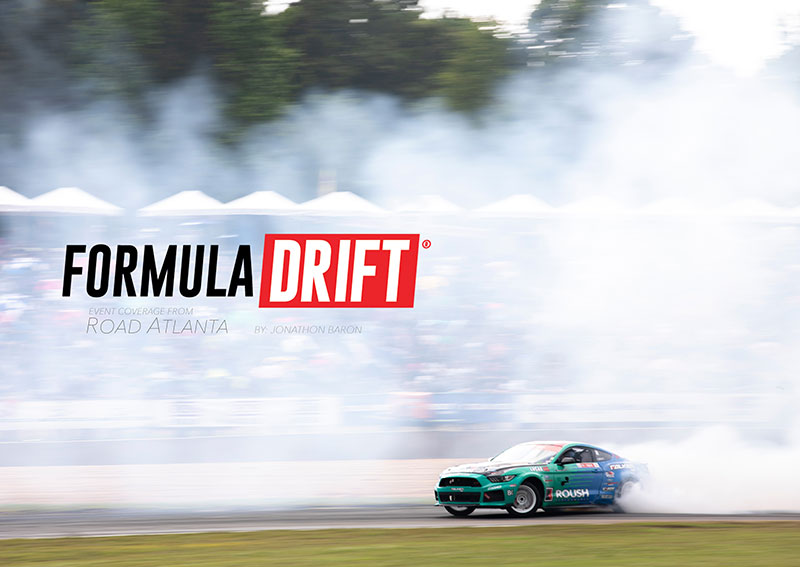 Formula Drift Atlanta never disappoints, and this weekend was no exception. From Pro 2 putting on one of the best rounds yet, and Pro 1 racing in the red mud that Georgia is known for, it was a challenging weekend for everyone involved.

No matter though, the crowds still showed up, the drivers kept pushing, and the cars kept chugging along as the rally cross style conditions began to show up. Watching the Pro 2 drivers compete this Friday was incredible, for most drivers in the competition it was a very new and very challenging course, add water, and it became impossible to qualify. Three drivers beat the odds and made podium. Josh Robinson from down under came up on top this round with his Holden followed by Kenric Meyer, and Garrett Denton. 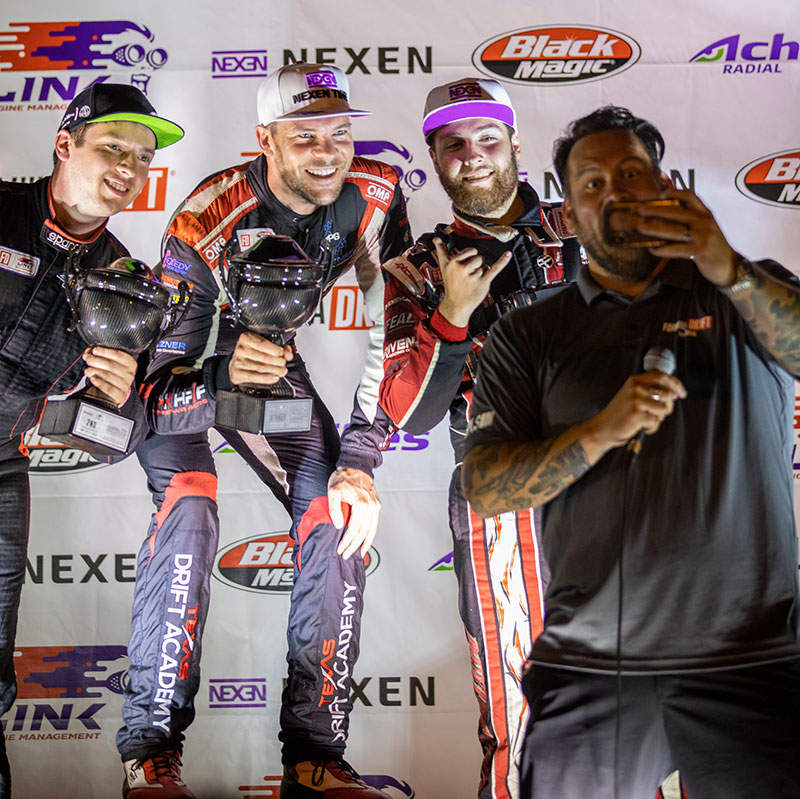 For the Pro series comp, it got even crazier! After crashing in Long Beach, getting a concussion, recovering, rebuilding his car in record time, and battling in some of the most treacherous drifting conditions seen yet this season Ryan gets first podium finish in second place against Aasbo! Right behind these two, James Dean comes in third after battling all night against the mud!

During the day, the RTR team also showed some amazing driving. For starters, during qualifying Vaughn Gittin finishes a lap with only two wheels on the ground around the horseshoe. He de beaded a tire, it jumped back on, smoked out, and ran up the hill! During the rain, on the sighting lap, Chelsea Denofa throws the car into the first corner backwards and continues to get total full lock on every turn during the run. I have seen him do it before, but never in the rain! Standing on the edge of the track while he is coming at you backwards to only catch it moments before going off course is incredible and seeing him do it twice, is a blessing!

Overall a great weekend and an amazing performance from both competitions Pro 2 has some amazing drivers coming up and I highly recommend watching these guys rip it around the track if you get the chance.

Photos and Story by: @Trackbaronphoto_igor