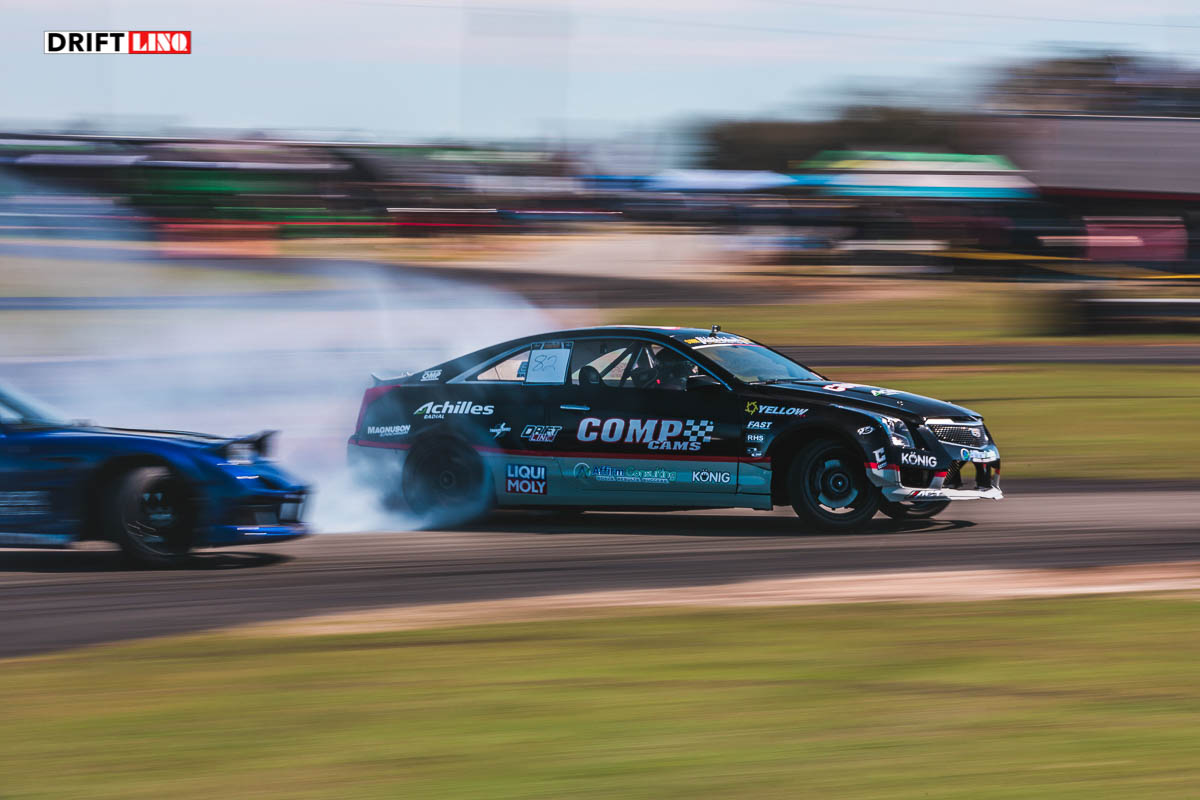 Klutch Kickers 100k drift series, the competition that was made for drivers by drivers. As most have heard by now that it is the highest paying drift event around with drivers ranging from grass root builds to the highest of team built fd cars. 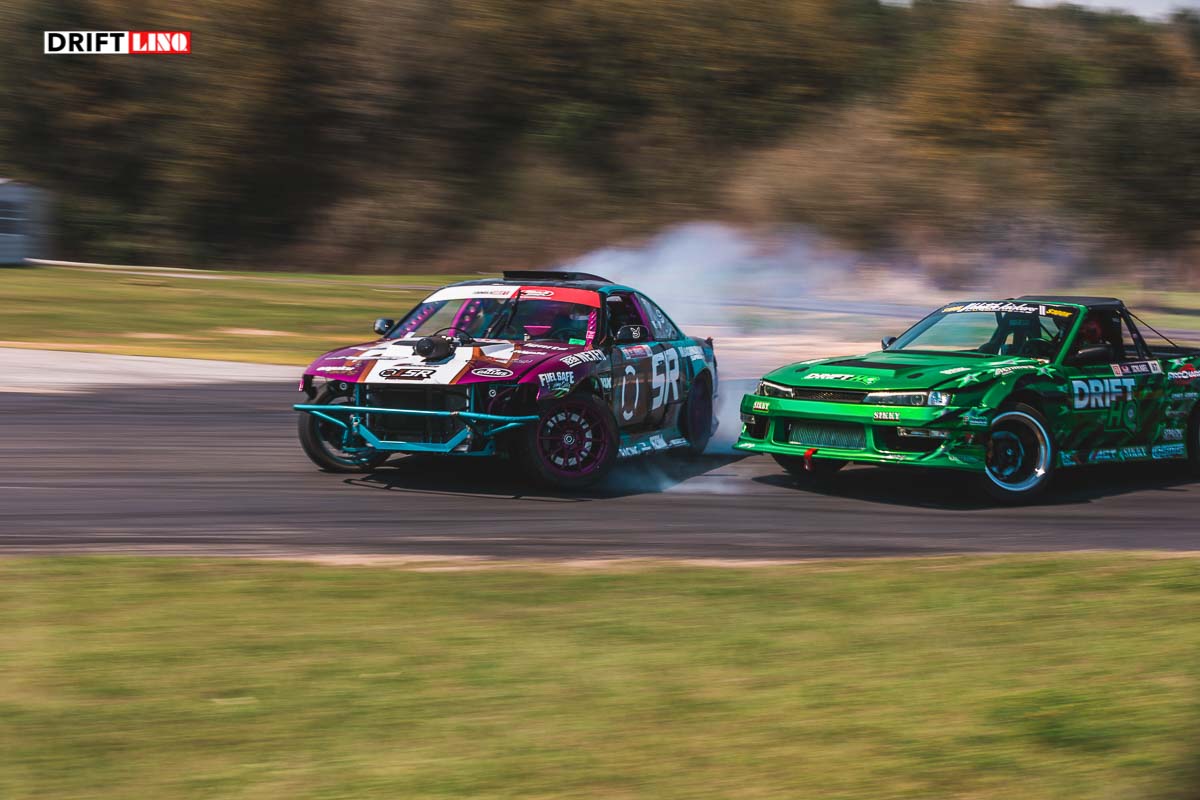 Round 1 of the event was amazing and turned out to be a huge success with FD driver Alec Hohnadell taking first place and the $10,000 cash prize, and Youtube creator Taylor Ray coming in right behind making $5,000 for his second place finish. After the event the Klutch Kickers team hit the ground running making more improvements to the track and consulting with the professional judges to make corrections to the clipping points. The track was resealed and widened in certain areas with the main focus being on the pit that was nearly the down fall of ISR’s driver Brandon Mcdowell in round 1. This improvement alone had a smile on everyone’s face knowing that the pit was filled and would no longer be an issue. 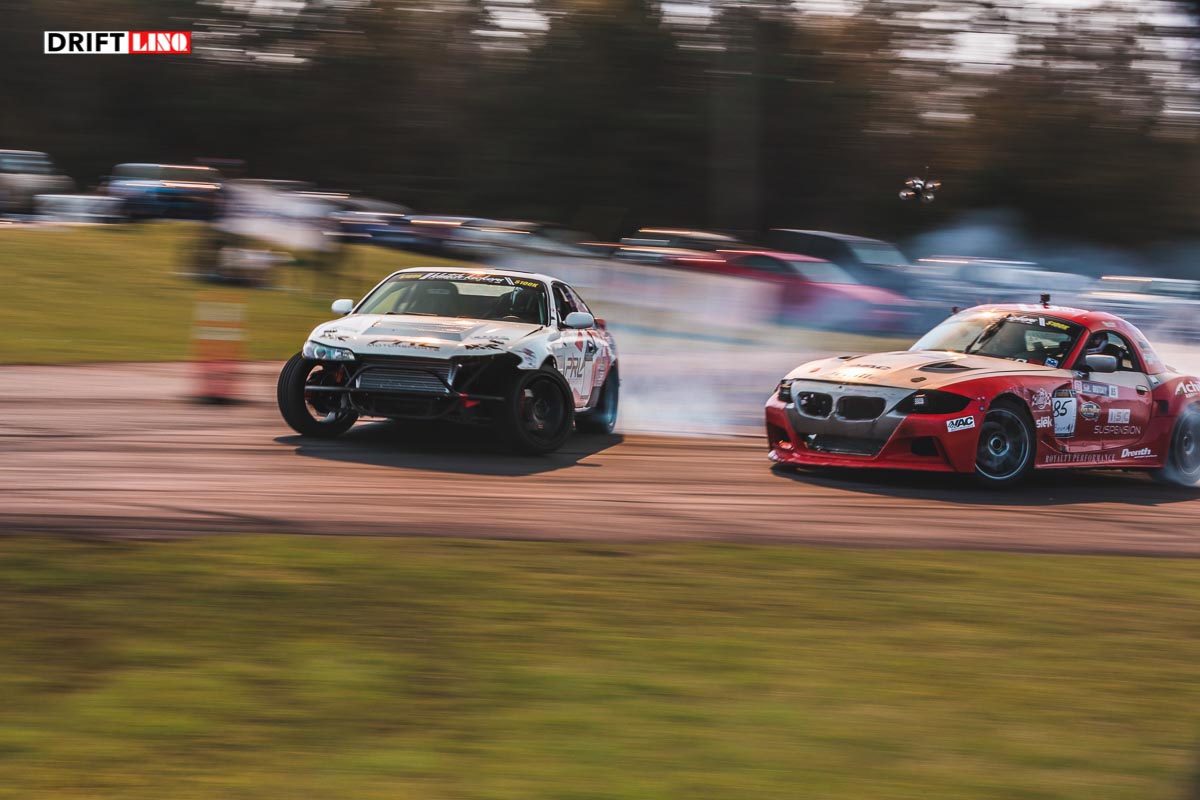 The weather was beautiful with clear skies and not a drop of rain in sight making it a perfect way to start this insane weekend of drifting. As practice began the track was as slick as ice with every driver struggling to get enough grip to maintain a decent line. One after another the cars slid off the track making for a wild start to the day. Slowly but surely the cars began to lay down rubber to the new surface making the grip grow with every pass. Before we knew it each and every driver was laying down solid runs and dialing in their cars for the competition to come. Practice came to an end leaving most drivers ready to shred tires to try and make their best qualifying scores, and others shaking their heads hoping to keep the cars together enough to make it through the weekend.

They moved through the field quickly with car after car putting it all out there to show the judges what they were made of, but unfortunately only some would prevail. We would wrap up qualifying with Michael “Magic Mike” Pollard being the number one qualifier followed by Troy Manners in second, Garrett Denton in third, defending champ Alec Hohnadell in forth, and Klutch Kickers own Nick Castleberry in fifth. During the down time of the event Klutch Kickers brought in motorcycle stunt team of very skilled riders that put on a crazy show that included tandem wheelies, donuts, and many more stunts I couldn’t begin to name. This addition kept the crowd involved while the drivers worked on their cars to get ready for the upcoming top 64 battles. With the sun setting The battles were quick and fairly uneventful with a fair amount of drivers receiving “bye” runs to push them straight into the next day of competition. The day had finally came again, it was finals day at the Klutch Kickers round 2.

The top 32 drivers were set to duke it out for the top positions first thing in the morning. As the battles began to unfold talented drivers like Ryan Acevedo (17 year old star out of south florida), Daniel Stuke, and Brian Wadman were eliminated from the competition. With the top 32 coming to a quick end the top 16 was destined to be one to remember with battles between Youtube creator Adam LZ vs. FD driver Kevin Lawrence and FD driver Taylor hull vs. defending champ Alec Hohnadell. Things quickly took a left turn when Alec was sent packing in the heated battle between him and Taylor. Number one qualifier “Magic Mike” moved on easily until being defeated by Kevin Lawrence who just the round before ended up sending Adam home as well.

Number two qualifier Troy Manners was on a tear all day, taking out every driver that stood in his way until meeting number six qualifier pro/am driver Nick Noback where his day came to a screeching stop. 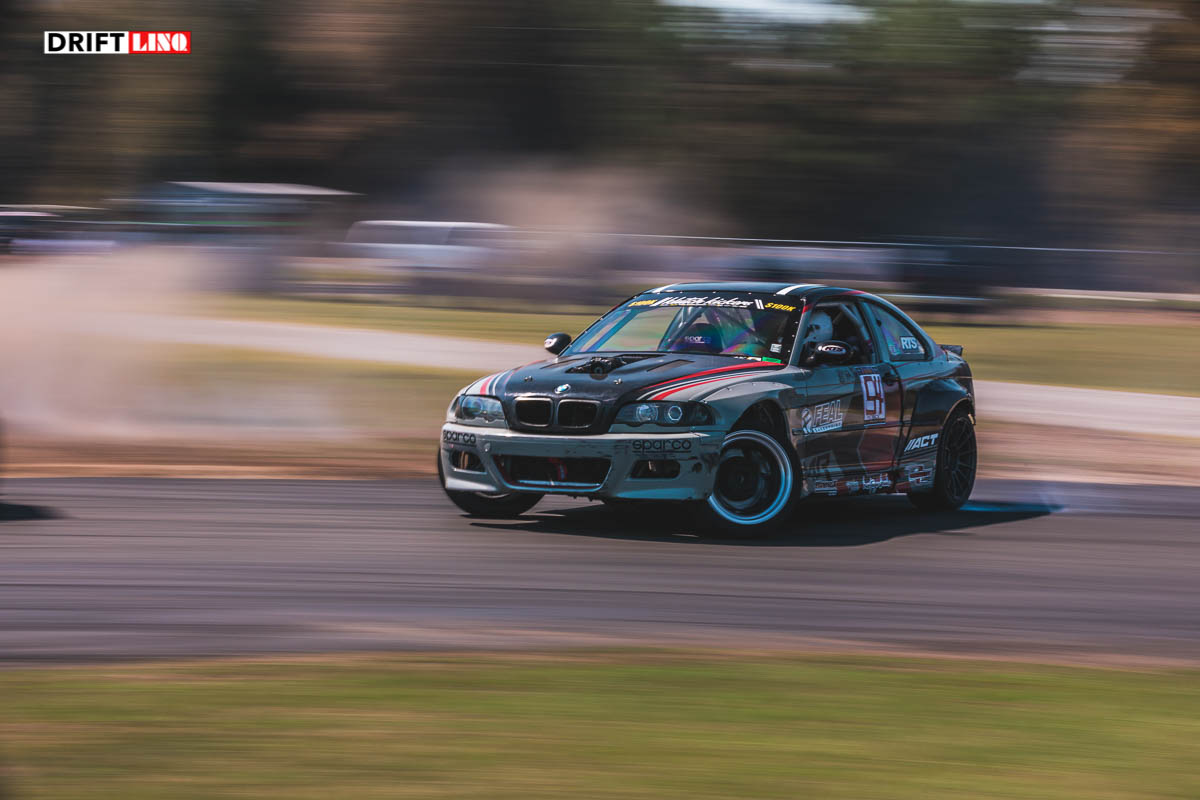 The crowd was excited to see the battle between Taylor hull and Kevin lawerence, but were let down when Kevin made some mistakes which caused him to spin out during his lead pass. That left us with the final battle of the day which was between Taylor Hull and Nick Noback. The battle was an exciting one nonetheless with door to door action, tires smoke rolling, and engines screaming. 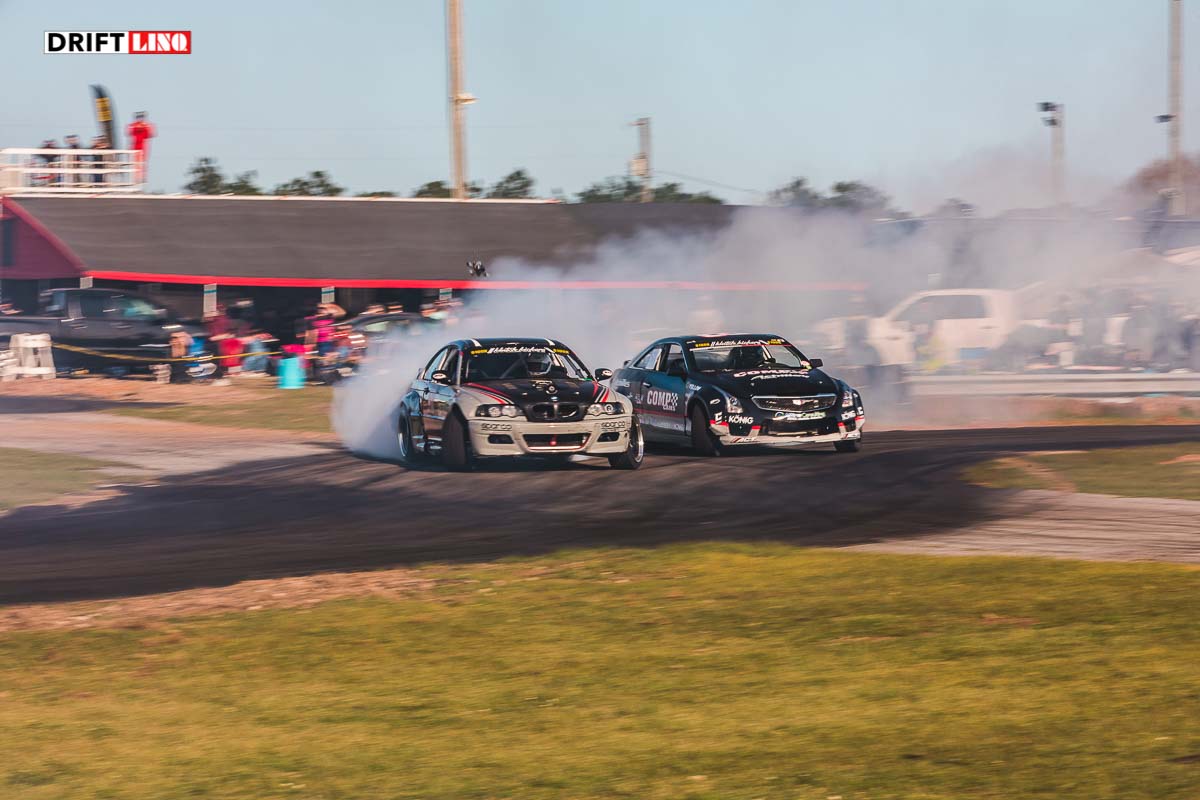 In the end the champion in the Dale Earnhardt inspired ats-v Taylor Hull brought home the victory and the crazy grand prize of $10,000. This event is truly a special place for drivers and spectators to have an amazing time watching the best of the best compete in something we all have grown to love. Round 3 here we come.

Go follow Klutch Kickers and get the latest on their up coming events: @KlutchKickers
Also if you want to see more from the track follow Emerald Coast Dragway: @raceECD