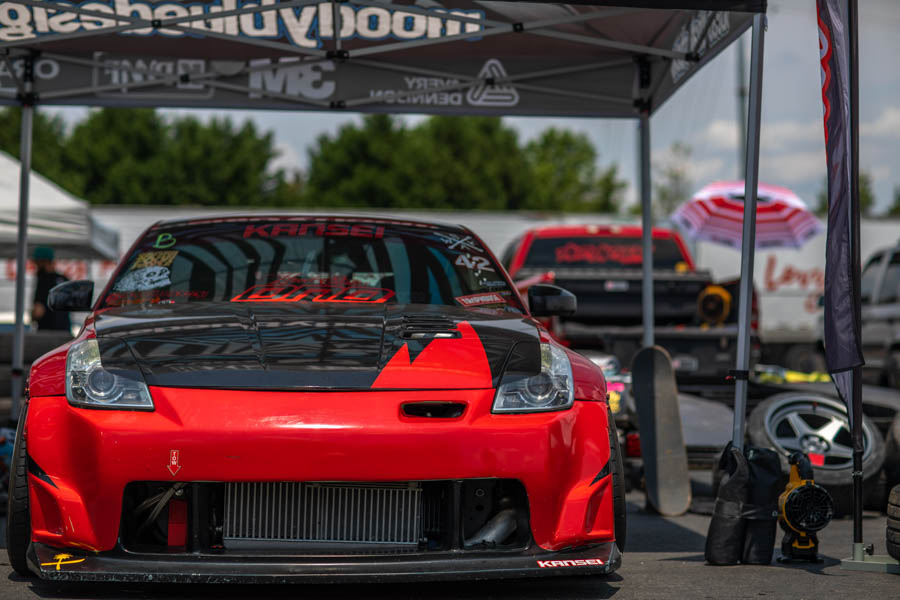 If you have ever wondered why people drift, you need to meet Broc Entrekin. Known among his friends for his crazy fun energy, his humble demeanor, and of course his genuine love for the sport, Broc is one of the kindest people you will probably ever meet on any track. 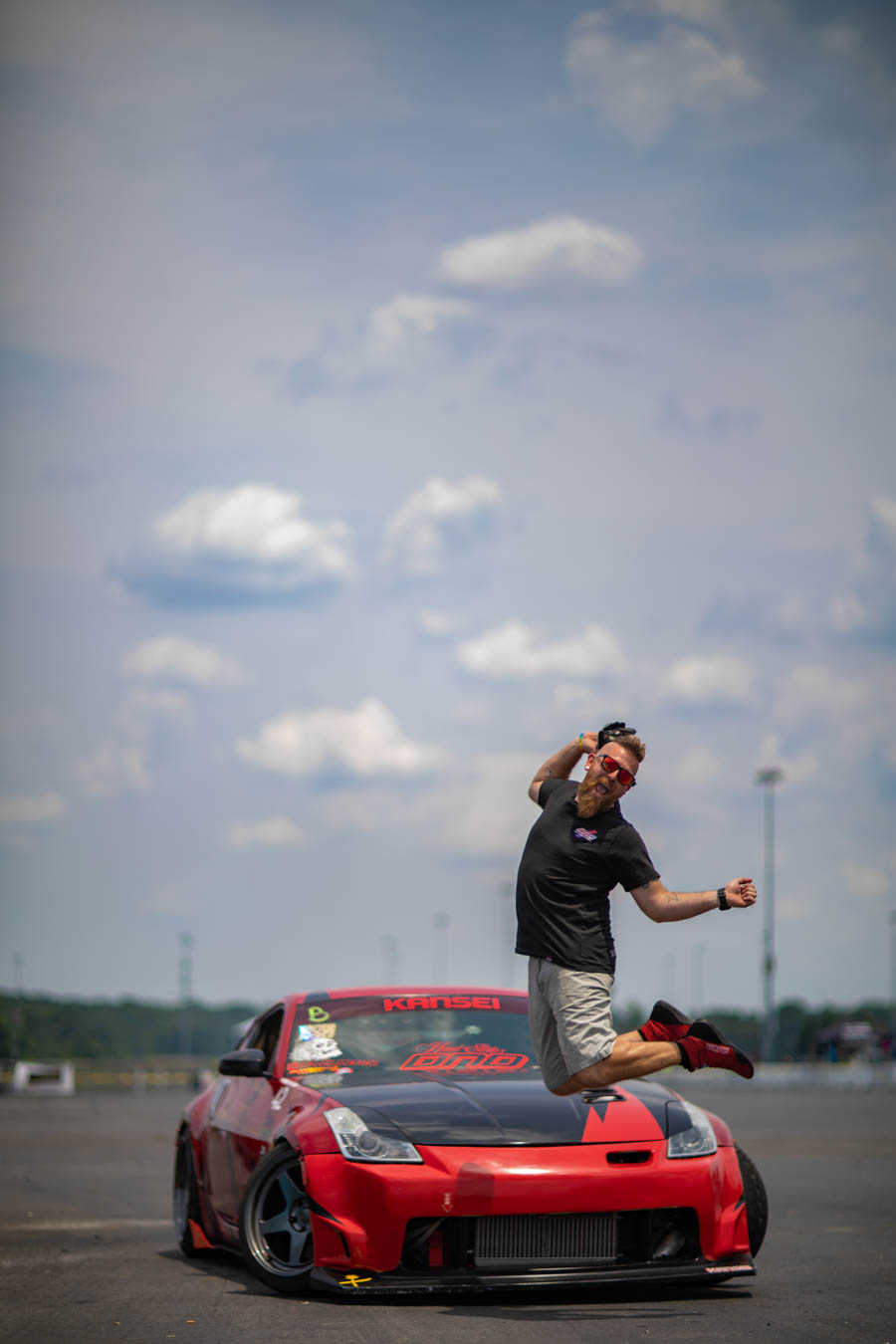 This 33-year-old has always been the adventurous type in anything with an engine. If he wasn’t pushing a car to it’s limits, he was probably tinkering with one to make it run a bit faster or doing anything he could to get a hold of one that went just a bit faster. As good as he is on the track, you would expect this man to have had a whole lot more time behind the wheel than just one year. Within that year though, Broc has made a lot of progress. Call it natural talent I suppose. Compared to most other drives I have seen; his progress is impressive! There is of course always room to improve and he continues to better himself every track event. 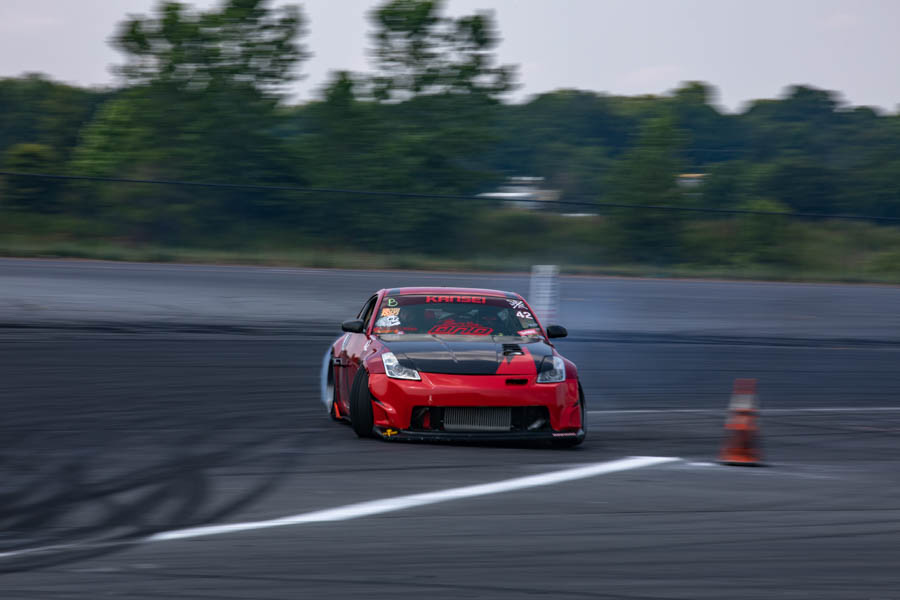 Broc had the idea to start drifting before he was even able to drive. Exposure to the sport came from reading a Super Street article about a group of local Japanese drifters who ripped the mountain sides every single night. The sheer joy and respect for motorsport he gained from that pushed his interests even further. After downloading a copy of the drift bible illegally he had to start practicing on his own. 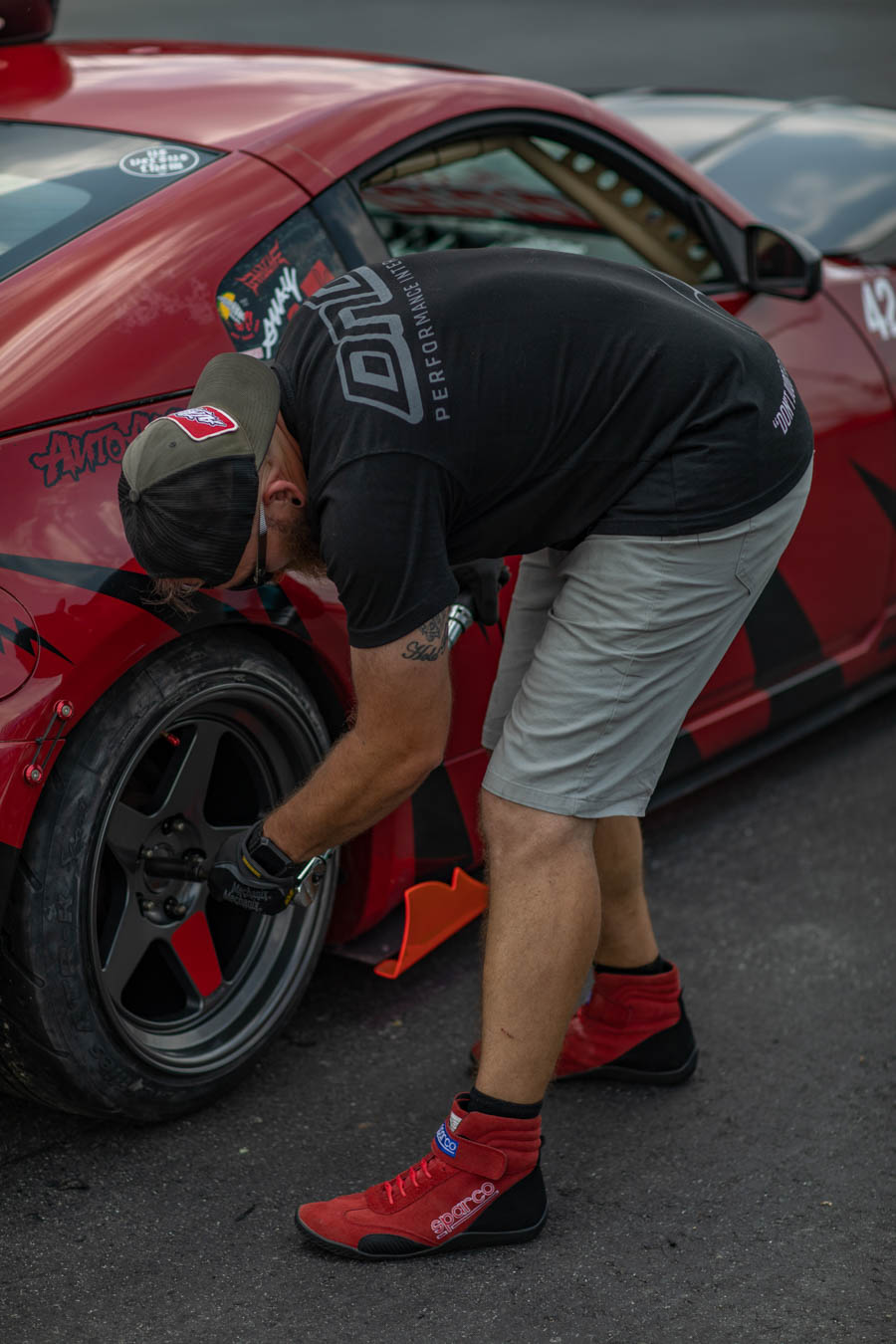 Broc loves drifting for the pure joy of the driving experience. Asking him what the most fun he has ever had in the car he responded “Right in between when you start it, and when you turn it off”. His favorite event so far was the Spirit JP Virginia run. Tight and technical turns made the driving challenging and fun. He doesn’t recommend pushing too hard though, because on occasion there are chances of slamming your rear into a wall, just as he had experienced in Virginia. He only suffered minor damage to the car then as well. That was the moment he got a bit closer than he probably wanted to, to get his dream car of a JZX100 Chaser.

He currently drives a purpose built supercharged VQ 350z on Achilles tires. The tires he currently runs (his favorite) are Achilles ATR-K Sport, which sadly are discontinued. This past weekend, he participated in the East10Drift at Zmax Raceway near Concord, North Carolina  for their Sunday Funday. He managed to go door to door with close friends while only burning through 4 tires and bending only one tie-rod. For a successful weekend, the damage was minimal.

If you guys get a chance to show support, check out his build on Instagram here: @choppin_broccoli and check out his business at www.autoalchemystore.com. Broc makes custom decals that are superior quality and a great price!