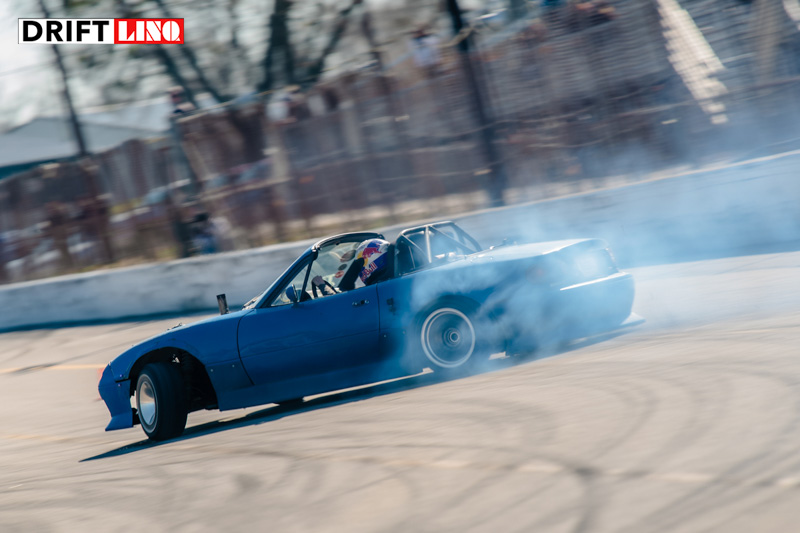 February 22nd marked the return of Barry Clapp’s Tennessee Drift with it’s first event in years bringing grass roots drifting and a car show to Beech Bend Raceway. Everyone involved was ready for a great day but the turnout was bigger than anyone expected.

This event had around 35 drivers and a great deal of spectators that came out to present their cars and watch a day of drifting. We got to see Pro AM and local drivers alike shred the bowl of bowling green, putting on an amazing show for all those who made it out. The variety of cars from your stock S13s, 350z, more so comp ready cars just allows for drivers to get tandem experience while anyone spectating gets to cheer them on.

Many drivers who have been consistently driving out at Clarksville Speedway and Nashville Super Speedway get to find Beech Bend as a new home this year with around 5 events popping up from just Tennessee Drift not counting, LS Fest and Import Alliance later this year. It is great to see locals like James Tucker in his turbo Miata getting to open it up on the course layout that is often reserved just for LS Fest allowing an opening big sweeper into the rest of the track.

These will be great events to continue to see up and upcoming drivers that are also going to FD Pro Am series like East10 Drift and other series like the Klutch Kickers 100k, such as Jeffrey Baird and Dustin Tobitt and others who were unable to make it out to today’s event but will be at others

Throughout the day we did get to see several drivers find out just how hungry the walls are at Beech Bend, though as they will consume a car If they get too close, causing drivers to have an early day and others being able to just get a few scrapes from the concrete barrier.

From drivers, vendors, and spectators it was a great success though that day with many more to come this year from Tennessee Drift and the Adrenaline Racing series starting this year to combine drifting and racing together in a gymkhana grid like series. All in All everyone had a great time and we can’t wait till the next event from Tennessee Drift.