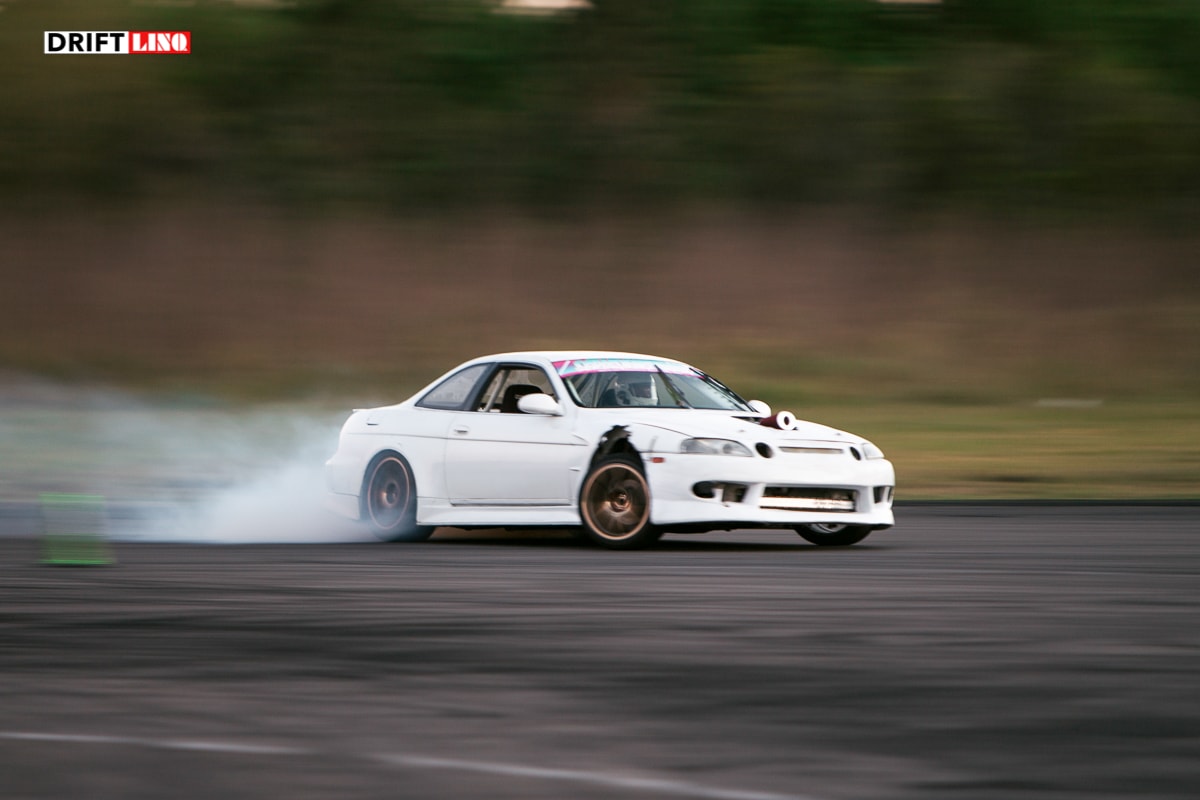 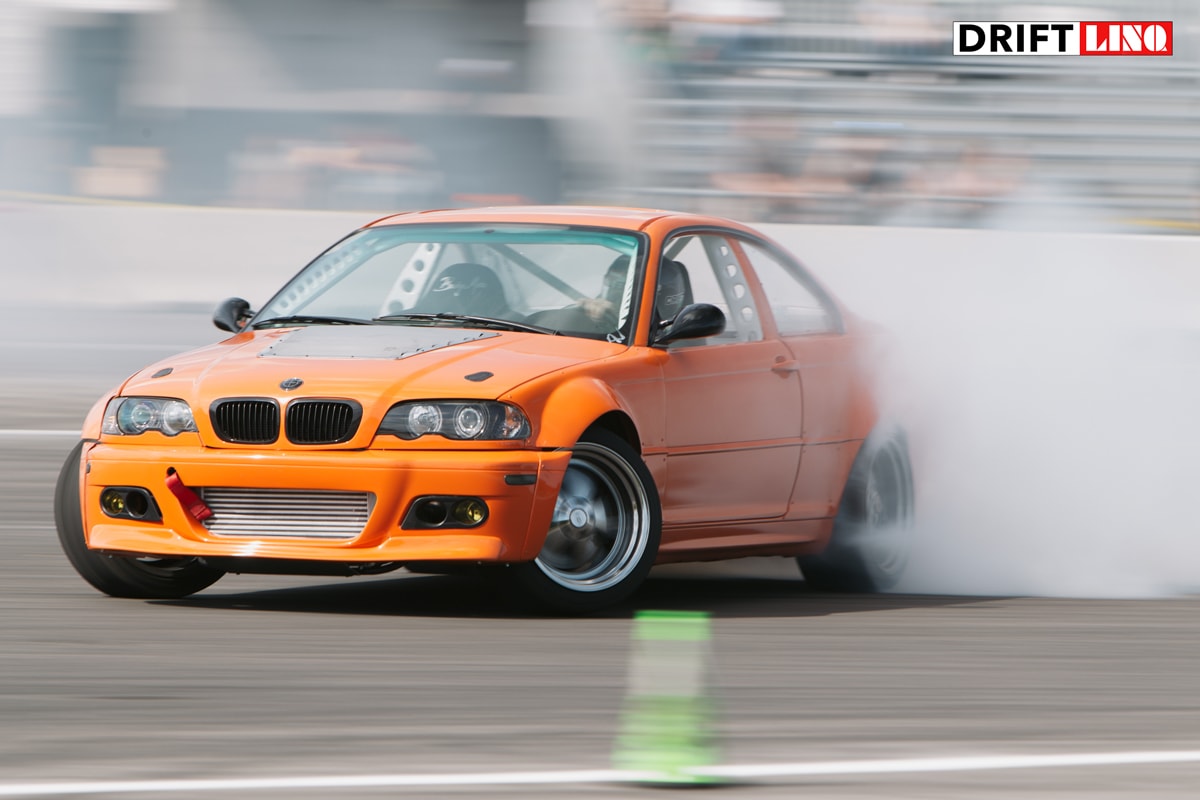 With the curfews in effect and groups of people being banned, it was nice to get one event in before everyone has to wait for this virus to go away. Spring Break Bash is a three-day event put on annually with a competition called “The King of OSW.” Its one of two annual events that hold this competition. The other is in November called the Black Friday event, another three-day format where the reining king defends their crown.

Nick Swann (left) was brought in to run grid for all three days of the event. Swann currently runs drifting for Gridlife and previously operated multiple pro-am drifting series. He definitely knows how to run an efficient and hot grid. Mike Prez (right) is a not only a great drifter, but is also (basically) a part-time comedian. He kept everyone entertained throughout the weekend with his announcing.

We saw some familiar faces in the world of drifting, YouTube’s Adam LZ, Taylor Ray, and Collete Davis. Also, Sara Haro of Netflix’s Hyperdrive was out in her mustang tearing it up. It was awesome to see all of these guys and gals just out there to drive and have a good time. Collette came out with her new 350z, getting a lot of tandem lessons from Adam. Sara also put in a lot of seat time with some new suspension parts for her mustang. From Friday’s driving to Sunday’s, she really stepped it up. 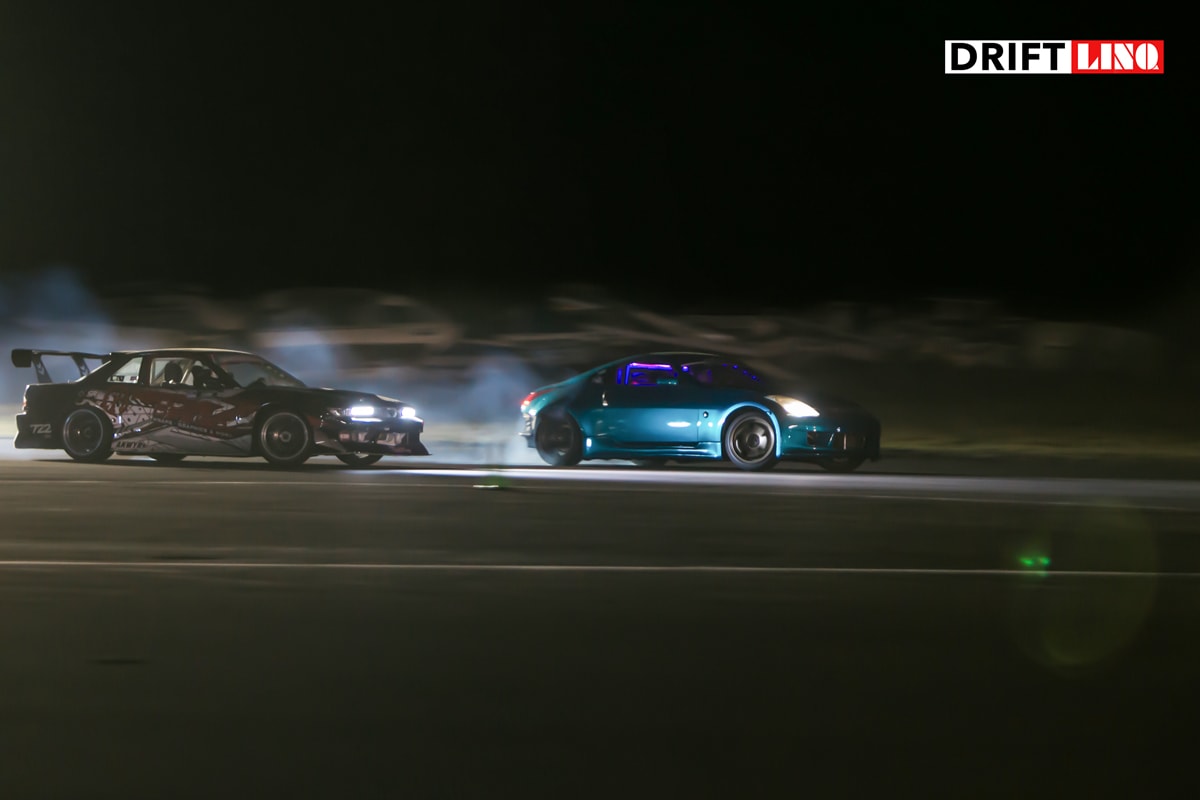 The King of OSW competition is held at dark after all normal driving sessions have finished for the day. First place receives $500 and free entry to all events this year until the Black Friday event in November. Drivers were not told how or where to sign up, only to listen in for the announcement. Randomly, during an A class session, all on-track action was stopped and a siren was heard; this was the sign up for the competition. Drivers ran from their cars or pit spaces to have the chance to battle for the title, “King of OSW.” 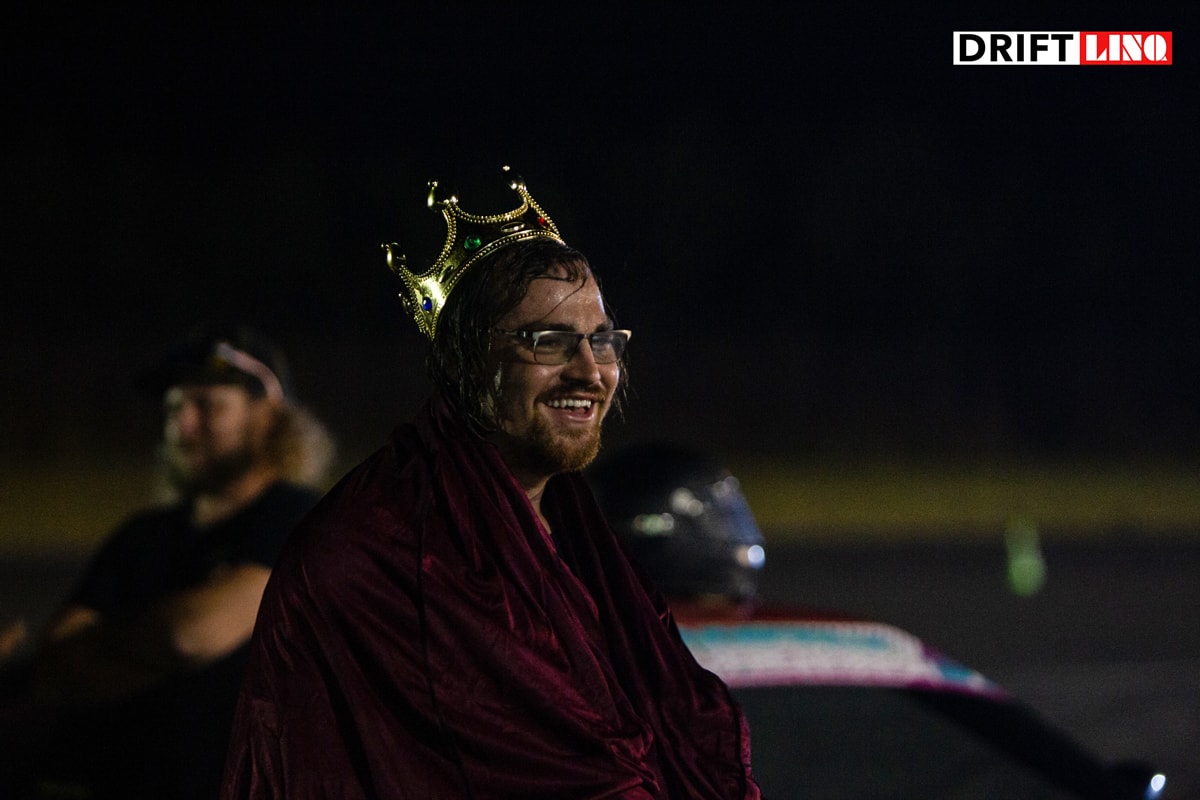 There was many great battles throughout the night, especially with previous kings battling it out. The win eventually went to Ben Julian (pictured above) in his na Miata equipped with a stock 1.6 turbo. Ben drove like a madman all night doing 12 consecutive runs. Ben had a couple “incidents” earlier in the day that might have given him the extra push to drive all out. 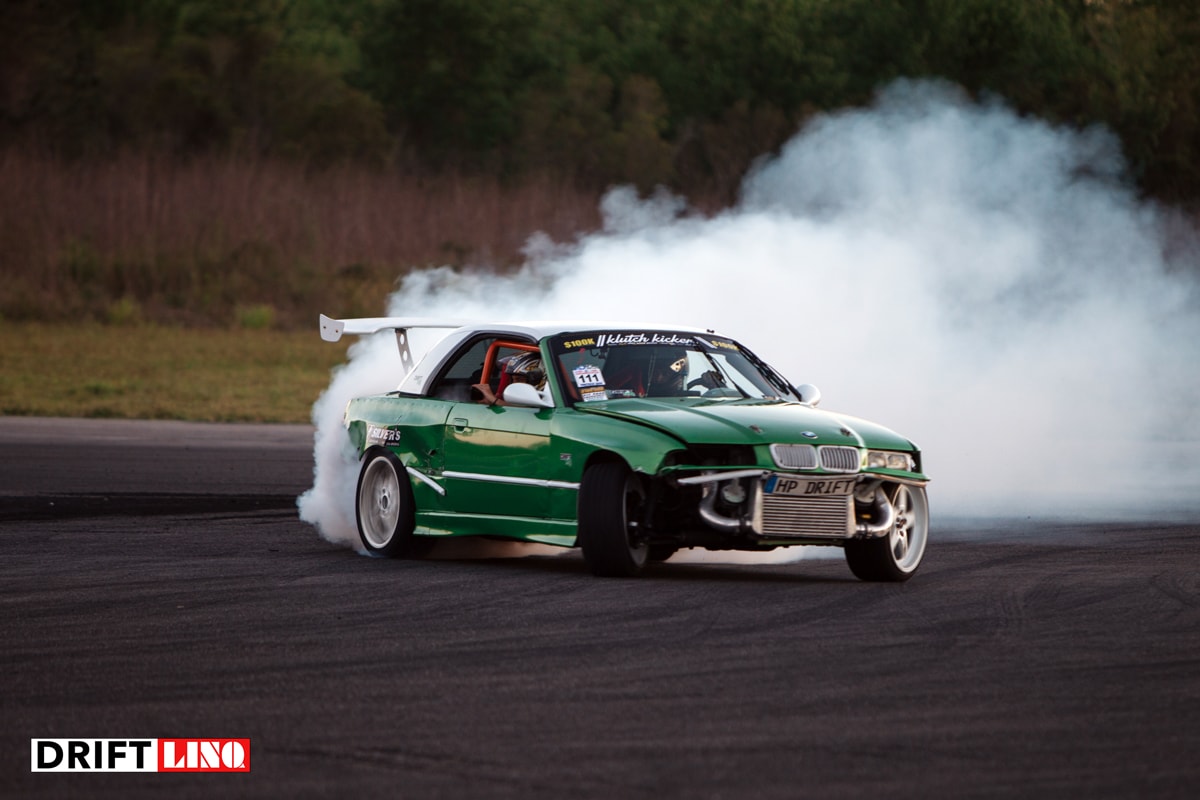 Come Sunday “morning”, everyone did eventually show up, albeit groggy and a little hungover from the night before. The weekend did wear on us all and most welcomed the short day. The whole weekend was spared any big incidents or scares; just really good drifting, partying, and hanging out. 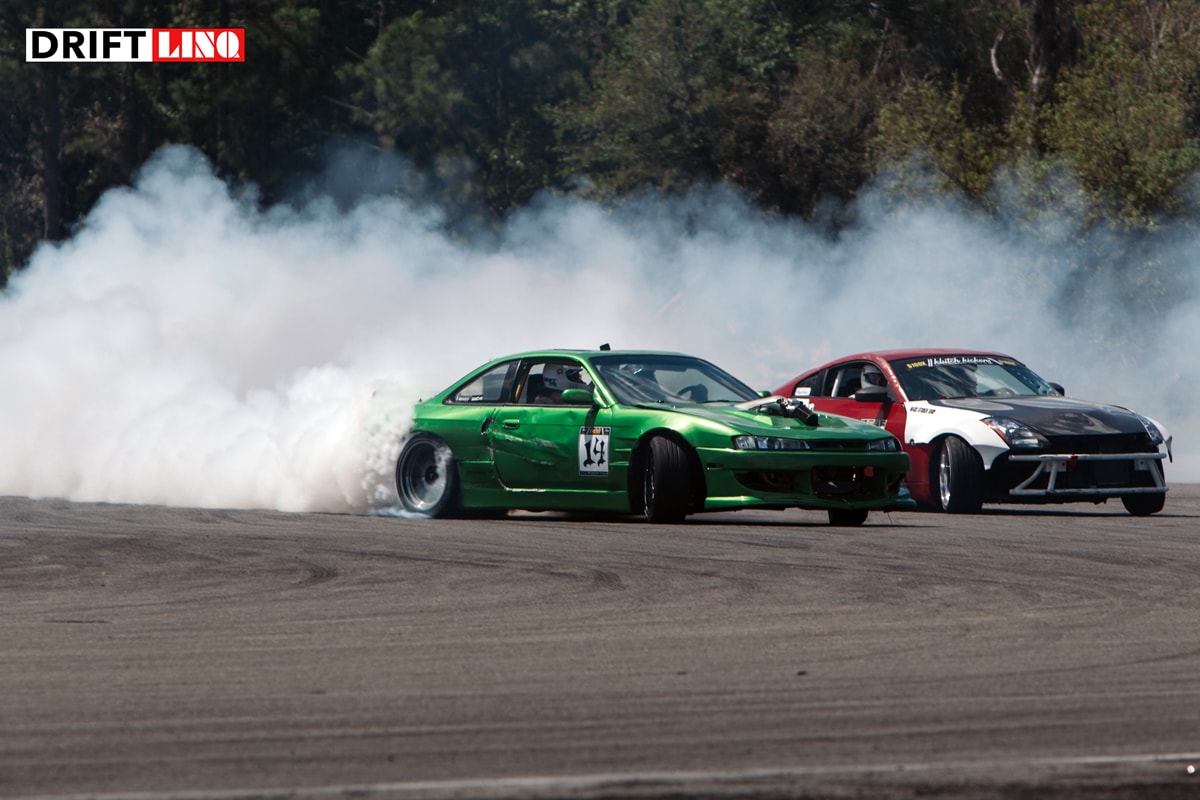 With the unknowns surrounding COVID19, I have a feeling this will be one of the last events in our area for a while. However, at this time, there hasn’t been any cancelations of OSW drifting events.