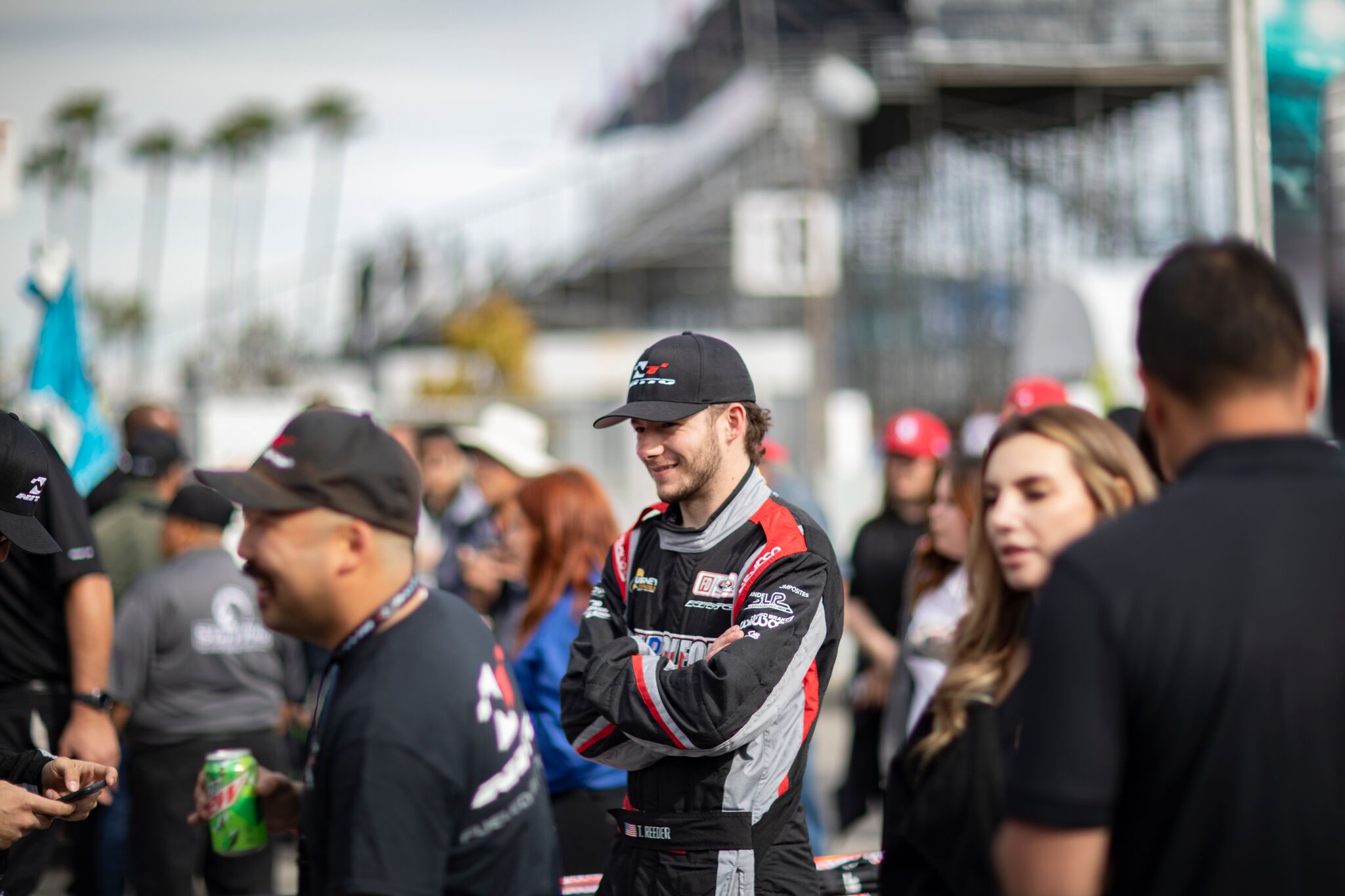 As most of you that follow formula drift have found out, Napoleon Motorsports was indeed denied the ability to run on track with their new all electric EL1 Camaro. The Long Beach regulatory body did not allow electric and gas powered vehicles to race on track during the same race. The fire department found it to be too big of a fire risk to the drivers, and to the spectators during the event. The team is very understanding and appreciative of the city for looking out for the people even if they were not allowed to run. They planned to sit down with the officials and figure out what needs to happen for future races to allow the technology mix. However, that did not stop the team from competing through the weekend. Travis Reeder had to quickly switch over to plan B and drive his Pro 2 Nissan S13. The S13 is well underpowered compared to the rest of the Pro cars and he managed to reach an extremely competitive score of 85 during qualifying on Friday! Running hard, door to door, he won the first run against Alex Heilbrunn later to challenge Wiecek in the top 16. Unfortunately, Travis did get knocked out of the bracket during the top 16 and had to watch the rest of the race from the grandstands.

Now, to look at the future for the electric car. People are questioning what is going to happen in order to compete. Well, that is exactly what I ended up asking on Saturday. Justin Napoleon and his team are very new to the whole drifting series. They started their racing career in the Trans Am series chasing race tracks all over the United States. When the opportunity to do something unique came around, they decided to shoot for it without any prior experience in drift at all. All the mechanics had to not only learn the sport of drifting and the damage that comes with it, but also had to face the challenges of having an electric car on the grid. It is incredible to see what these people can do in such a short time. I asked what the most difficult part of the build itself is, and the reply was “everything”. The team manager described the build breakdown to me in detail. The car currently sits very closely to the original weight and distribution as the Camaro that it once was with a traditional internal combustion engine. When the team stripped it, they purposefully installed the battery pack in the front of the car, low down, and the electric motor in the rear instead of copying traditional electric vehicle design. The suspension is very similar to the rest of the field in terms of engineering. The rest of the car is very similar, it even has power steering powered by an electric motor. The biggest issue they currently have, is tuning the car to be more stable under linear control of the throttle. Otherwise, the maintenance and heat transfer is very low. According to the crew, the car can actually last an entire race weekend with practice, qualifying, and racing without once changing the battery. 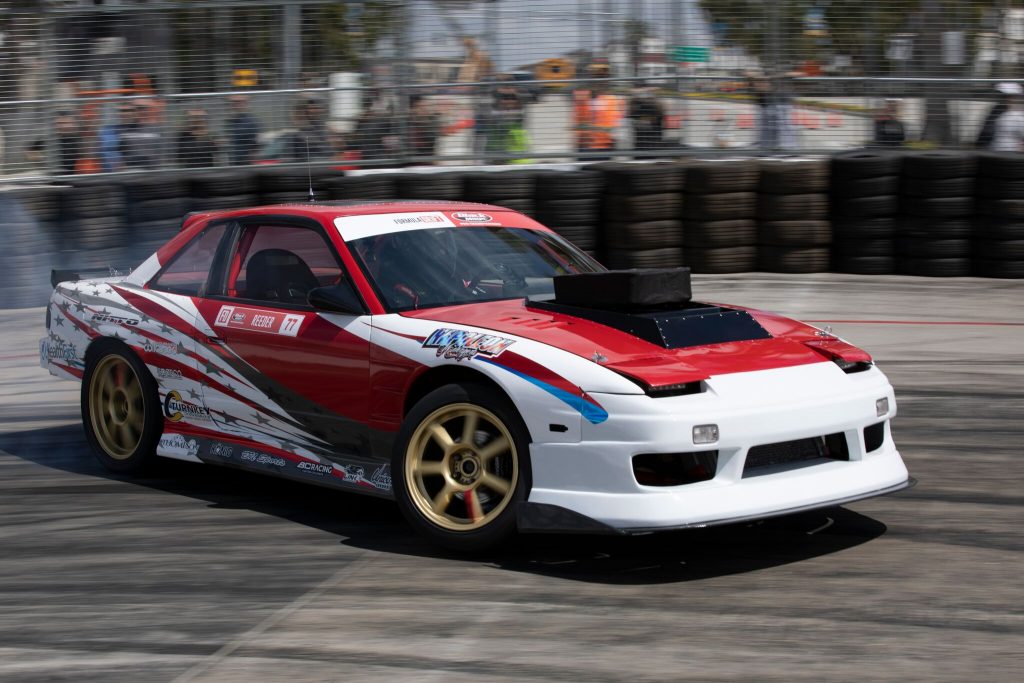 For Orlando Justin told me that the team is planning to sit down, discuss all the possibilities, walk through precautions, and make a game plan in the case something does end up happening while on track. For now, Napoleon Motorsports plans to have all of the necessary paperwork and crew to handle an electric vehicle on the track at any time to avoid any issue with track officials In the future. Travis Reeder still has the potential to run and be fairly competitive for this new season.